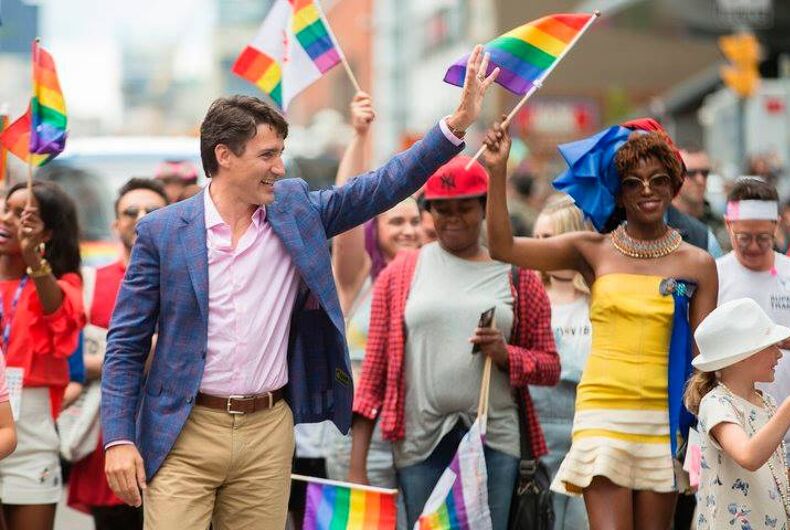 A transgender group has organized a protest against a transgender job fair, in part because military recruiters were invited.

In 2006, Biko Beauttah went from Kenya to Toronto as a refugee to escape the discrimination and violence she faced as a transgender woman in Kenya.

She spent her first three days in Canada at an immigration detention center and her first six months at a refugee shelter.

Now she is a member of the board of Pride Toronto, and she wanted to do something about unemployment in the transgender community.

“All you need is an idea and you can literally change the world,” she said. Her idea was to have a job fair for transgender people, and it’s happening tomorrow, on Trans Day of Remembrance (TDoR).

She was able to get recruiters from fifteen different employers to come to the fair, including a bookstore and a bank. Because her grandfather was a major general in the Kenyan army, she also invited military recruiters.

The Canadian Armed Forces (CAF) allow openly transgender (as well as gay, lesbian, and bisexual) people to serve. Right after Donald Trump tweeted in July that he would try to get transgender people out of the American military, CAF tweeted a message of acceptance.

These choices led to criticism from Transroots Toronto, a “direct action group” that includes “fighting against powerful organizations” like Pride Toronto in its description.

The group published a list of issues with the job fair, with the two major issues being the date and the inclusion of military recruiters.

They wrote that holding a job fair on TDoR is “extremely disrespectful” because it is a day of mourning. Furthermore, “This job fair also paves the way for TDoR to become a means for further marginalizing stigmatized groups, while allowing others to entrench their well-established social and political gains.”

As a result, Transroots Toronto is planning a protest outside the job fair tomorrow.

Beauttah, though, says that the job fair will happen anyway.

“All those systemic things they complain about, they affect me too,” she said.