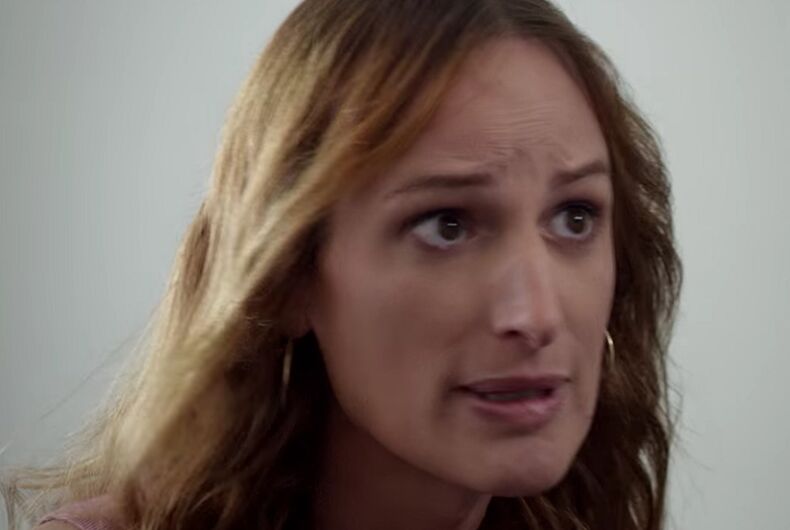 Actress Jen Richards, known for her Emmy Award-nominated series Her Story and her appearance on the CMT drama Nashville, said that she was one of the stars of The Cops, an upcoming animated series that was co-created and co-starred comedian Louis C.K.

Richards said on Twitter that she would have played a trans character on The Cops had it not been canceled.

Welp. I guess I can say this now: I was one of the stars of 'The Cops'. There was going to be an animated trans character, voiced by a trans actress, on network television. The consequences of these actions go far. https://t.co/J8fEg5HuDY

She followed that tweet by saying that she generally supports increased punishment of sexual harassers.

For the record, I will mourn my own lost opportunity for a moment, but I'll continue to loudly celebrate a complete sea change in the gendered power dynamics of every corner of society. This is so much bigger than any one of us, and in the end will benefit everyone. I know that.

Even though the show has not yet been made, if it’s based on a concept co-created by C.K., then he would have been credited in every episode. Eliminating him from the cast would not have been a simple solution for TBS if they wanted to distance themselves from him.

What TBS could do to decrease the collateral damage here would be to give C.K.’s time slot to a project created by someone who isn’t a straight, white, cis man.

Friendly reminder that 80% of @HerStoryShow cast & crew were women, we won a shit ton of awards, our full season version has all kinds of authentic trans/gnc/poc characters, and storylines never shown on t.v. Why not give us one of these chances men seem to take for granted?

A teen was stripped and beaten in a horrific attack