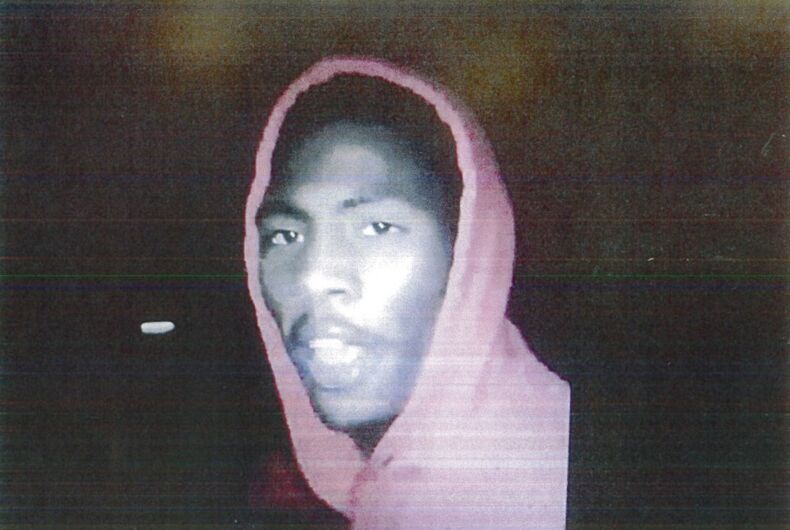 Police in Muskegon Heights in western Michigan have arrested a suspect in the case of a gay teen who was forcibly stripped, robbed, and beaten in a video posted to social media.

The 17-year-old victim, who is not named in the media, said that he was attacked for being gay on November 4.

18-year-old Trevon Godbolt was charged with unarmed robbery and unlawful imprisonment and could face 15 years in prison if convicted.

Police say that Godbolt lured the victim to a dark area behind an elementary school. He took the victim’s clothes and possessions and then beat him, calling him a “gay n****r” while the victim pleaded with him to stop. Godbolt made other anti-gay comments and asked, “Why you on this gay shit?”

Another man and two women appear to have been involved, and one of the women recorded the attack and posted it to Facebook.

In the video, police say that Godbolt can be heard saying, “Take the shirt off too. I’m not playing with you… take everything off before you leave, even your drawers.”

He then tells the victim to run away, and the two women chase him, laughing. One shouted, “Catch him.”

Neighbors called the police to report a naked boy walking in the neighborhood. Officers found him going to his aunt’s house and took him to the hospital.

Prosecutor D.J. Hilson said, “This young man was targeted based on his sexual orientation.”

Still, hate crimes charges are not being applied. Michigan’s hate crimes law does not include sexual orientation or gender identity.

“And we’re hoping that this will highlight the need to make change in this particular law,” Hilson said.

Belgrade Pride: Authenticity in the face of violence