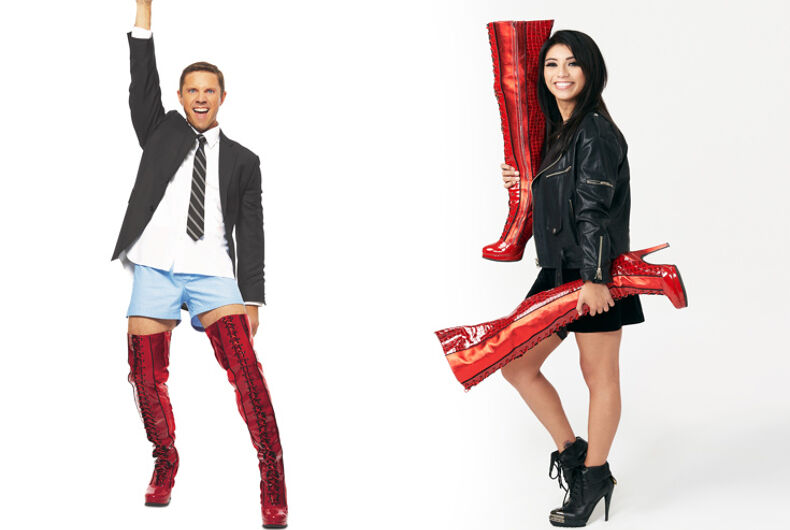 Jake Shears, of the band Scissor Sisters, and Pentatonix member Kirstin Maldonado are joining the cast of Kinky Boots on Broadway.

Both will be making their Broadway debuts, and from the looks of it they are beyond excited to lace up for their respective roles: Shears as Charlie Price and Maldonado as Lauren.

They will play the parts beginning January 8 and running through April 1.

The winner of six Tony Awards, including Best Musical, Kinky Boots features a score by Cyndi Lauper, a book by Harvey Fierstein, and direction and choreography by Jerry Mitchell.

“I have been dreaming of doing Broadway, and my wish got answered tenfold,” Shears said. “I couldn’t be more excited about doing Kinky Boots on Broadway; it’s going to be a delicious challenge! Believe it or not, they’re going to be the first stilettos I’ll ever have worn. My feet are so big, I’ve never seen a pair that would actually fit me.”

Related: Pentatonix’s cover of “Bohemian Rhapsody” is going viral for a good reason

“Being on Broadway has been my ultimate bucket-list goal since I was eight years old so I’m so excited to join such an incredible cast to share this special story!” Maldonado said.

Together at last: Watching these wives reunite is giving the internet all the feelz