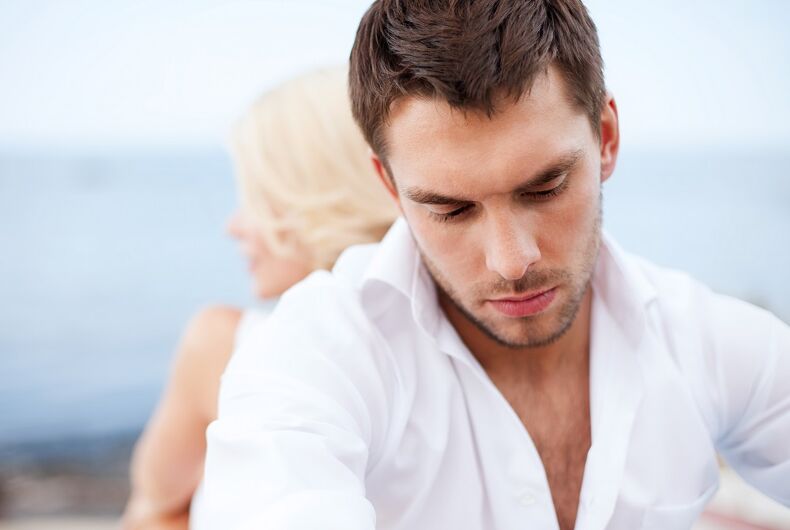 We hear a lot about the Big Three Sexualities — straight, bisexual and gay. Most of us assume that these three orientations encompass the universe of sexual identities. But there is a new kid on the block: The mostly straight male.

He says that there are a lot of mostly straight men.

A 2011–2013 U.S. government poll found that among 18- to 24-year-old men, 6% marked their sexual attractions as “mostly opposite sex.” That’s nearly 1 million young men. Yet when these men were forced to choose between straight, bisexual or gay, about three-quarters marked straight because for them bisexual, even if it is understood as “bisexual-leaning straight,” is too gay to accurately describe their identity. Given such constraints, these young men were left with no place to truthfully register their sexuality, thus forcing them to be less than honest.

He based his book on interviews with 40 mostly straight young men. What are they like?

The mostly straight man belongs to a growing trend of young men who are secure in their heterosexuality yet remain aware of their potential to experience far more. Perhaps he’s felt attracted to or fantasized about another guy to a slight degree or intermittently. He might or might not be comfortable with this seeming contradiction, a hetero guy who, despite his lust for women, rejects a straight label, a sexual category and a sexual description that feels foreign. He’d rather find another place on the sexual/romantic continuum, some location that fits him more comfortably.

Why haven’t we heard more about them? Savin-Williams argues that it hasn’t been that long that people really started seeing sexuality as a spectrum:

“Mostly straight” is a category that was not readily available to previous generations of men. A 2015 survey revealed striking contrasts across age groups. One question asked, “Thinking about sexuality, which of the following comes closer to your view?”

A majority of millennials endorsed the second option, which means they believe in a spectrum of sexuality. Adults from other generations preferred the first, which signifies a two-category approach — straight, not straight — to sexuality.

That’s not really that satisfying, though. Sure, our understanding of how sexuality works certainly influences the words we use to describe ourselves. But generations of gay and bi and asexual people grew up being told that they could only be straight, and somehow they figured out that they weren’t.

None of this is to say that mostly straight men don’t exist – of course they do. There are a lot of different ways to experience sexual attraction out there that don’t get much attention. Some don’t have names yet.

But this is why there’s a distinction between sexual attraction and sexual identity. The two are related and people often identify with the term that best fits their experiences – just like mostly straight men apparently do when they mostly say that they’re straight – but they’re not the same thing because we understand that humans are a lot more complex than the words we use to describe ourselves.

Savin-Williams opened his 2010 book The New Gay Teenager by announcing the end of “the sexual identity era.” He wasn’t saying that people will no longer have distinct sexualities or that we will stop using words to describe our sexual attractions, but that the concept of sexual identity would become less important as homophobia is eliminated. In that world, the words we use to describe our sexualities would become merely descriptive terms.

I don’t think we’re there yet, if we’re ever going to end up there. Daily readers of this site know that homophobia is still pervasive.

And as long as sexual identity is partly about power, then people are only going to agitate to have their sexual orientation recognized if not having it recognized is more painful than being seen as straight.

It’s pretty telling that this book on mostly straight men was written by a man who identifies as gay. If these men publicly identify as straight or bi, as Savin-Williams says, then we should respect that.