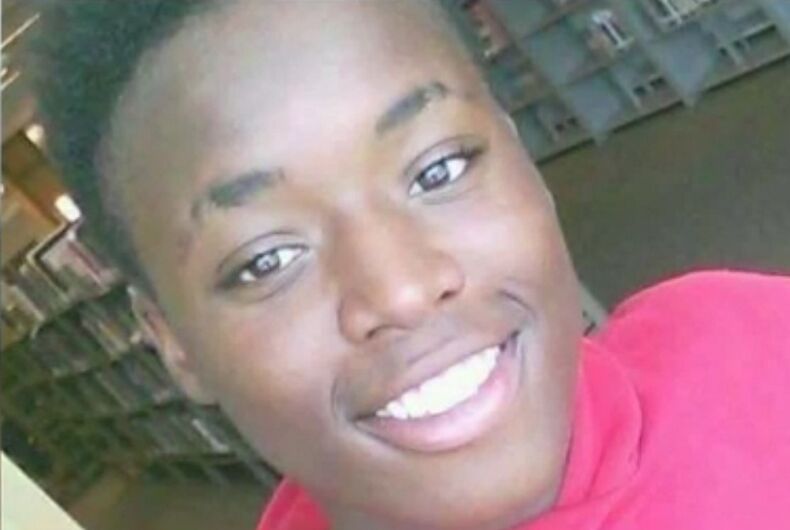 The Iowa teen, who was assigned male at birth, went by both Kedarie and Kandicee, and identified as gender-fluid and transgender, was found shot to death in an alley in Iowa last year with a plastic bag shoved down their throat and bleach poured on their body in a possible attempt to destroy DNA evidence.

Prosecutors said that Johnson went to a local grocery store to use their wireless connection after teaching a class at a youth community center. Johnson, who alternated between boy and girl clothes, was presenting as female, and prosecutors said that Sanders-Galvez saw a high school girl out on her own at night.

After they talked, Johnson walked to a nearby friend’s house. The friend testified that Johnson was scared and said they were being followed, and that she saw a red car waiting outside the house. She offered Johnson a ride home, but they said that they would be alright.

Prosecutors said that Sanders-Galvez got the teen into the car and took them home to rape them with his cousin Jaron Purham, 25. When they saw the teen’s body, prosecutors said they “suffocated Kedarie by stuffing a rag down [their] throat and wrapping a plastic bag around [their] head, threw [them] in their car, drove to another part of town, dumped [them] in an alley and shot [them] several times until [they] bled to death.”

The men then fled the state with the gun in the car. Prosecutors showed that they searched the internet at least 57 times looking for information about the investigation into Johnson’s murder. Several weeks later, they were arrested.

It took the jury 90 minutes to reach a guilty verdict. Sanders-Galvez could be sentenced to life in prison. Purham is still awaiting trial.

The case attracted national attention again last month when the Department of Justice sent a hate crimes lawyer to assist in the prosecution. Police insisted that the murder was not a hate crime, and Iowa’s hate crimes law only covers sex and sexual orientation, not gender identity.

While Sanders-Galvez could face federal hate crimes charges, those are usually only imposed if the state fails to get a conviction.

“I’ve said that it was a hate crime since the day this all happened,” Johnson’s mother Katrina said. “I do feel like it’s important that that be said.”