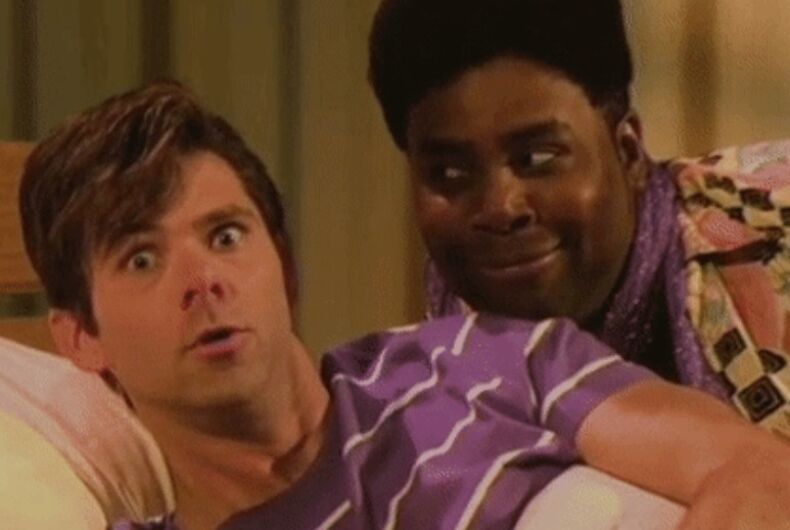 Larry David hosted SNL last night, and one of the sketches took on vintage racism, ableism, and homophobia.

David played an ad exec being honored by the Ad Council for his life’s work. They roll some of his old PSAs that have decent messages… until they don’t.

One of the PSAs is against smoking, and it ends with the sentence “If someone pressures you to smoke? Just say, ‘No way. That’s gay.’”

“It was a different time,” David’s character responds. “The word ‘gay’ was very common with kids. It just kinda meant ‘bad,’ you know, ‘your hat is gay, your car is gay, school’s gay.’”

In an anti-drinking PSA, a white man ends up in bed with a black man, and the kicker says, “When you drink, your chances of making a good decision are smaller than a midget.”

Man found guilty in the brutal murder of gender-fluid teen