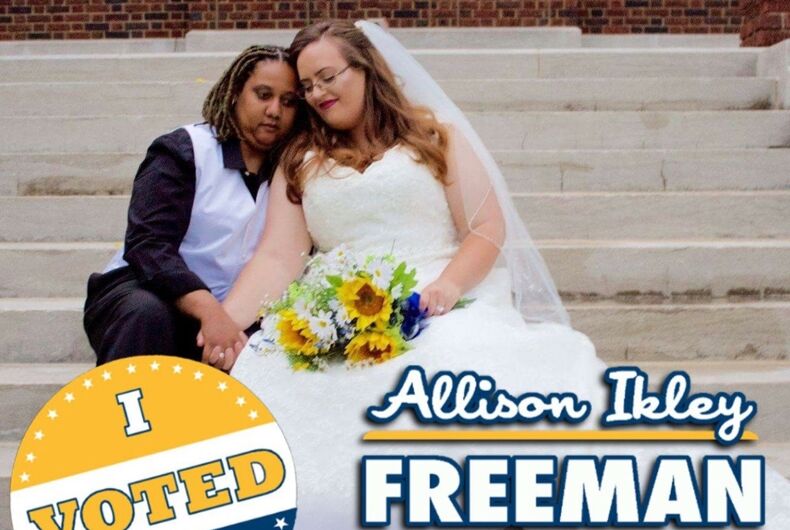 Allison Ikley-Freeman wasn’t expected to win her race for the state senate. The out lesbian lives in one of the most conservative districts in Oklahoma that voted overwhelmingly for Trump in the presidential election.

In the last election, Democrats dumped over $200,000 in the race trying to unseat the incumbent, Dan Newberry. Newberry beat that challenger by 15 percentage points according to the Tulsa World.

But Ikley-Freeman had an advantage that the previous challenger didn’t: Donald Trump. She won by 31 votes.

While voters may have swung in Trump’s favor during the presidential election, his recent string of gaffes, attacks, and general nonsense combined with all the other Republican scandals was the tipping point for her new constituents.

After Newberry resigned, Ikley-Freeman threw her hat into the ring as a candidate in yesterday’s special election and she continued the recent trend of Democrats sweeping special elections in the state.

“You always hope you’re going to win, but going into today I tried to have no expectations,” Ikley-Freeman, a mental health counselor, said.

Democrats also swept the elections last week, electing one of the most diverse crop of candidates in history.