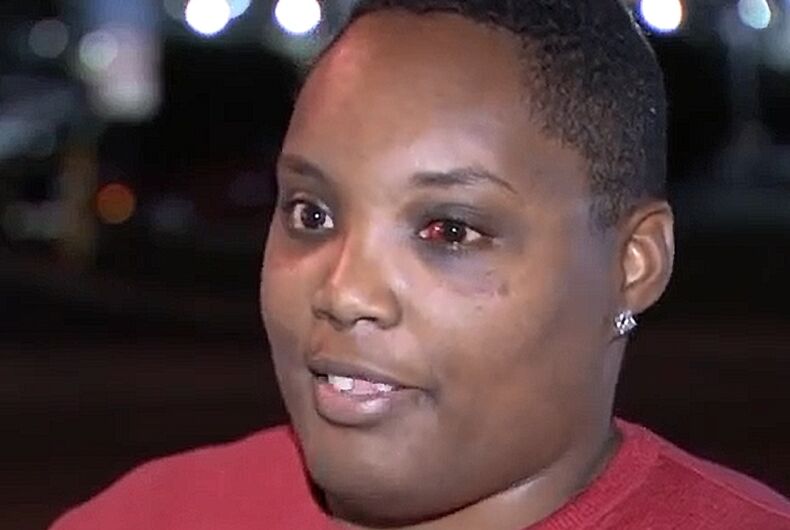 A lesbian couple was beaten up by a group of five men in what police are calling a hate crime.

Sabrina Hooks, 26, and her girlfriend Morgan were eating at a Jack in the Box in Los Angeles on October 29 when the group of men walked in and started insulting them, calling Hooks “dyke” and making fun of how she was dressed.

Then the altercation became physically violent.

“The big guy who walked in first came from behind me and knocked me out for a little bit,” Hooks said. Then the four other men joined in and kicked Hooks.

The women say that no one at the restaurant tried to help them or called 911. Morgan had to rush her girlfriend to the hospital herself.

Hooks was left with a bruised face, a missing front tooth, and possibly permanent damage to her left eye.

“It makes me want to cry every single time I look at her,” Morgan told KABC.

Police say that they have not made an arrest yet in what they are investigating as a hate crime. They said that the victims gave good descriptions of the aggressors, and there is security camera footage to help identify the attackers.

A GoFundMe page has been set up to help Hooks with unplanned medical and dental expenses.

Ellen Page says she was outed by director Brett Ratner

Rabbi says that gay people are like ‘space aliens’