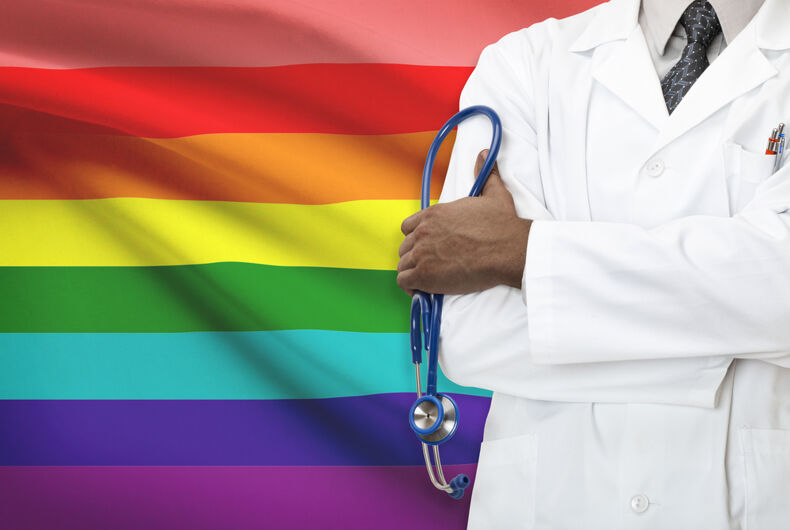 As a young gay person growing up in the 1950s and 1960s, I was virtually alone. My only true friends were my dog, Lady, my parakeets and tropical fish. I owned three fish tanks, a 20 gallon my father made for me, which contained most of my adult tropical fish, an 8 gallon I used to raise the baby fish, and a 5 gallon I used as an infirmary for sick fish.

Not only did the fish ease my loneliness growing up, but they also taught me much about life itself. I learned fairly soon after taking up my hobby how to determine the sex of the fish. It was a quite simple observational  procedure: the females had rounded lower fins while the males had elongated lower fins.

I would sit and observe life in the tanks for hours. I was about 9 years old, and one day I asked my mother why some of the male fish were tickling the others with their lower fins? She smiled coyly and said that they were “making love” with the females just like men make love with women.

I guess she was just waiting for my questions to begin telling me her version of the facts of life. She continued, “A man lies next to a woman and puts his penis into her vagina, and the two of them make a baby. Fish do the same thing. That’s why you have so many baby fish swimming around in your baby aquarium.”

Caught a bit off guard, she responded, “Well, that’s because the females are good friends and might not want to make love as much as the males, but they do sometimes, and the males aren’t making love with each other; they’re just playing.”

Transferring this knowledge to humans, I learned that some people fall in love with others of the same sex. Unfortunately, my mother’s homophobic conditioning, coupled with a lack of positive lesbian, gay, bisexual, or transgender images and role models in my life kept me locked inside my closet, or, rather, coffin, for a number of years.

So how do we create change in a homophobic environment? How do we swim against the strong current of invisibility and bigotry to reach the safe cove of positive identity development and societal appreciation and support?

One way is simple, but, for many of us, not so easy: whenever possible we can come out of the closet to family, co-workers, peers, acquaintances, bank tellers, cab drivers, shopkeepers, anyone, everywhere. Though we now have a special day set aside, National Coming Out Day, we can make every day of our lives a special day.

People have said to me, “I’m not going to come out to people. I don’t need everyone to know about my sex life.” This statement, I’m afraid, reflects an extremely limited view of sexual identity.

For me, being gay or queer is a whole lot more than with whom I have sex. My sexual identity determines the very way I view the world. Within a homophobic society, my sexual identity frames my reality.

I’m reminded of the poignant words of Harry Hay, one of the founders of the Mattachine Society – an organization established first in Los Angeles during the 1950s – and the Radical Faeries, a queer spiritual movement.

Hay believed that we possess a special “gay sensibility” giving us a unique vision, a creative spirit that, if allowed to thrive unimpeded, can bestow remarkable benefits on society. Unfortunately, because of the homophobic environment in which most of us are forced to live, he concluded:

We pulled the ugly green frog skin of heterosexual conformity over us, and that’s how we got through high school with a full set of teeth. We know how to live through their eyes. We can always play their games, but are we denying ourselves by doing this? If you’re going to carry the skin of conformity over you, you are going to suppress the beautiful prince or princess within you.”

And in his book The Gay Mystique, Peter Fisher states of men (but this is true of women as well):

Every time a homosexual denies the validity of his feelings or restrains himself from expressing them, he does a small hurt to himself. He turns his energies inward and suppresses his own vitality. The effect may be scarcely noticeable: joy may be a little less keen, happiness slightly subdued; he may simply feel a little run-down, a little less tall. Over the years, these tiny denials have a cumulative effect.”

For those who stubbornly adhere to the theory that same-sex attractions and gender non-conformity are abnormalities, I would respond with a reference to the theories of biologist Julian Huxley who pointed out that no negative trait (and as we know, in biology a negative trait is one that does not reproduce itself) ever appears in a given species millennia after millennia unless it in some way serves the survival of the species.

“Survival of the species,” that phrase is key. We are on this planet for a reason.