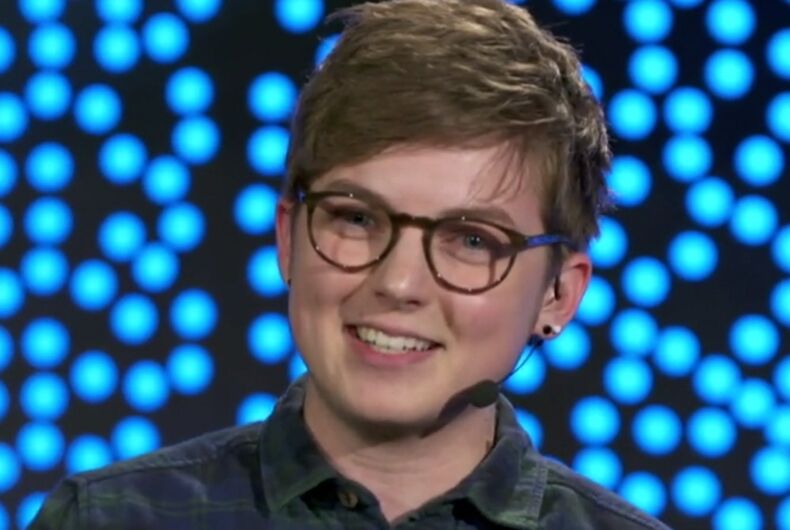 Video-maker Jackson Bird gave a TED Talk about why being transgender is so “awkward.”

“Being trans is awkward because everyone else gets awkward when they’re around me,” he said. Even supportive people are “scared” and “embarrassed” that they might say something stupid.

For example, Bird acknowledges that changing names and pronouns can be hard. But he reminds us that we do it all the time already: “If we apologize profusely when we’ve used the wrong gender pronoun for someone’s pet cat, I mean I think we can make the same effort for the real humans in our lives.”

As he says, understanding starts with listening.

Why are the right wing snowflakes so scared of the media?