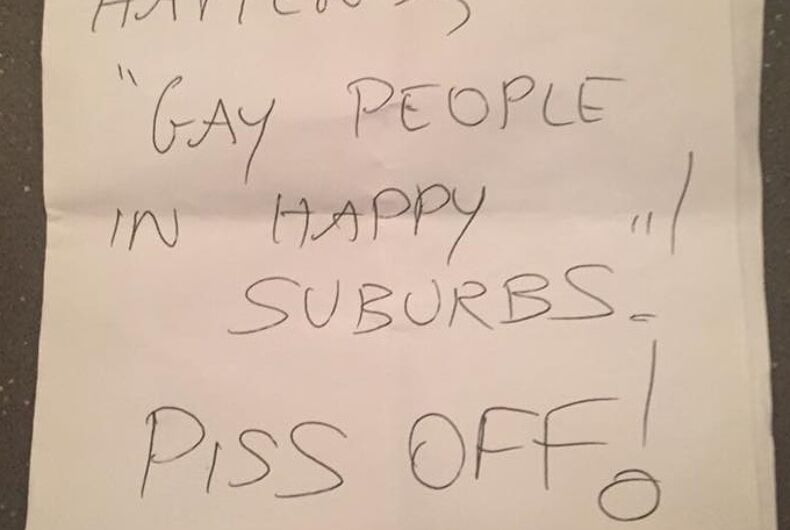 And now they’re directly taking out that anger on LGBTQ people.

Kirk and Andrew Muddle have received hateful messages at their home in a small city north of Brisbane, Queensland. The letters were written (poorly) on sheets of paper and left in their mailbox.

Remember when you + he were illegal and sent to jail!!

I think castrate you all!!

Make it real and make it happen:, “Gay people in happy suburbs”!

How dare you to-

-Do you realise there are children and elderly in this area!!

And, knowing your affinity with back passages shouldn’t have dogs!

He said in post on Facebook that he felt horrified and sad when he got the messages.

Still, he wanted to share them to remind people that homophobia still exists. “This is just to remind everyone the fight’s not over…. and it probably never will be.”

Kirk told Yahoo News that the worst message was the one about his dogs, but that this is still just one hateful person.

“One guy doesn’t make up the whole of Australia,” he said.

Ellen stands up for Dreamers