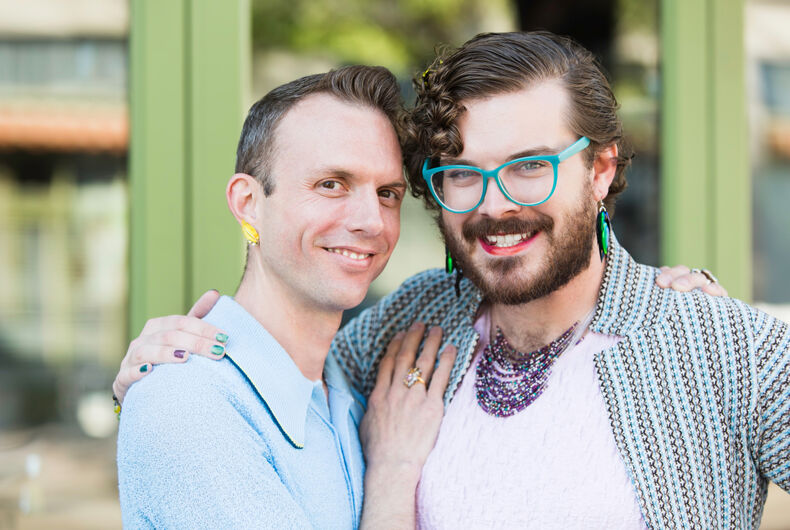 Attitude, a gay British magazine, did a reader survey and found that 71% of the respondents were “actively turned off by a prospective partner because they have shown signs of femininity.”

It also found that 41% of respondents believed that “effeminate gay men give the gay community a bad image or reputation.”

While Attitude has not released its survey methodology (the link in their article leads to a “page not found” error), it sounds like it’s probably a web poll.

So, at best, it’s a survey of Attitude readers. Unless there’s a reason to believe that gay men who read Attitude represent gay men generally – a dubious assumption – then this is just market research for Attitude‘s advertisers.

It’s also another example of how the Age of Woke has given gay men the perfect excuse to hate gay male culture. That is, a gay man can now express their self-hatred as the fault of all those other vapid, awful, nameless and faceless gay men out there, and often people won’t question their obvious internalized homophobia.

Take, for example, this video from Michael Henry, where he bizarrely asserts that gay men don’t like to be called “beautiful.”

I call gay men beautiful all the time. My friends do too. I have been called beautiful, and it feels great.

So if Michael Henry’s friends are so uptight that they can’t stand to be called beautiful, then he should make some new friends.

This isn’t to say that gay men can’t be misogynist. Or racist. Or transphobic. We are the products of the cultures we grew up in, and those cultures can be awful.

But are we uniquely awful? Is there something fundamentally broken about being a gay man that leads to us being worse when it comes to oppressive attitudes?

I haven’t seen much evidence of that, and, well, an unfounded belief that gay men are bad is pretty much the definition of homophobia.

Are 71% of gay men turned off by feminine gay men? Maybe – we’re going to need better data before making that judgment. My guess is that there is a significant number of gay men who don’t like feminine gay men but that it’s much less than 71%.

Either way, the phenomenon finds its genesis in the same place that the knee-jerk hatred of gay men does.

Roy Moore is fundraising off of the molestation allegations against him

Together at last: Watching these wives reunite is giving the internet all the feelz