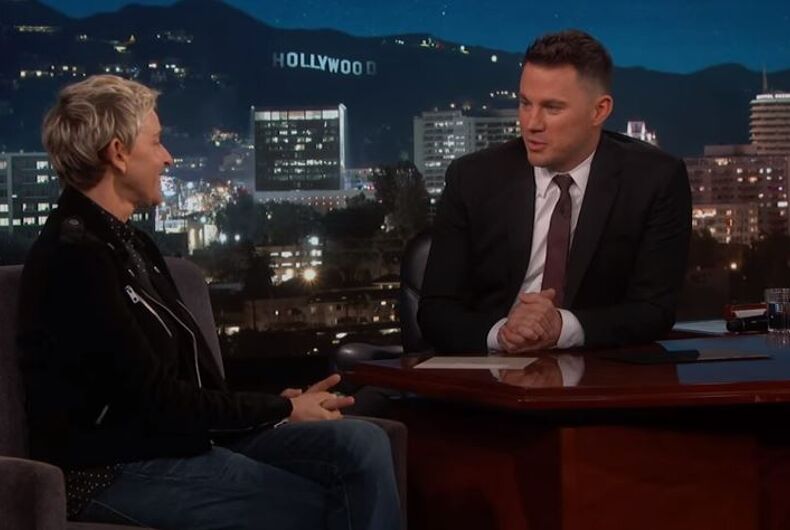 Channing Tatum guest hosted for Jimmy Kimmel this week and he made a big reveal to guest Ellen DeGeneres. It turns out the Magic Mike star’s father didn’t know about his past as an actual stripper, and he found out by watching his son’s first appearance on “Ellen.”

Ellen mentioned that she gained an intimate knowledge of the actor’s body, including his flexibility, when he appeared on her show and gave her a lap dance.

After showing a clip, Tatum mentioned that it was a memorable moments for more than just his thirsty fans.

“I’ve got to let you know, that was the very first time that my dad actually found out that I was a stripper for a short time,” he told her.

“Wait, your dad didn’t know that you had been a stripper? And he learned it that day?” she asked.

Ellen then pointed out that his professional life has taken off in recent years, with appearances in films, as well as creating and producing the Magic Mike live show.

And, of course, she gave the audience a gift – a pair of Ellen undies.