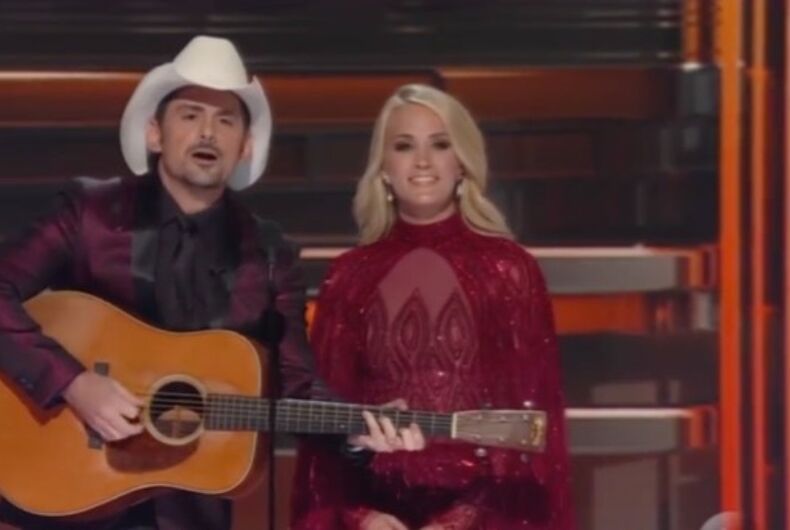 Carrie Underwood and Brad Paisley hosted last night’s Country Music Awards and opened with a roast of Donald Trump that left the audience holding their sides with laughter. The two mocked Trump as only they could – in song.

Underwood started the skit, saying producers had insisted the awards show was “a politics-free zone,” and, obviously, the two were off to a roaring start.

Paisley asked Underwood if that meant he couldn’t perform his new songs, “She Wrote a Memoir, Hillary’s Back,” “Hold Me Closer Bernie Sanders,” or “Stand By Your Manafort.”

But when Paisley launched into a slightly tweaked version of Underwood’s hit song “Before He Cheats,” the crowd went wild.

“And it’s fun to watch until little rocket man starts a nuclear war. Maybe next time he’ll think before he tweets.”

Watch the entire performance below and start counting down the moments until Trump tweets about it. (Note: Since TMZ is in bed with Trump, we chose to use their video mocking him, because, well, you know.)