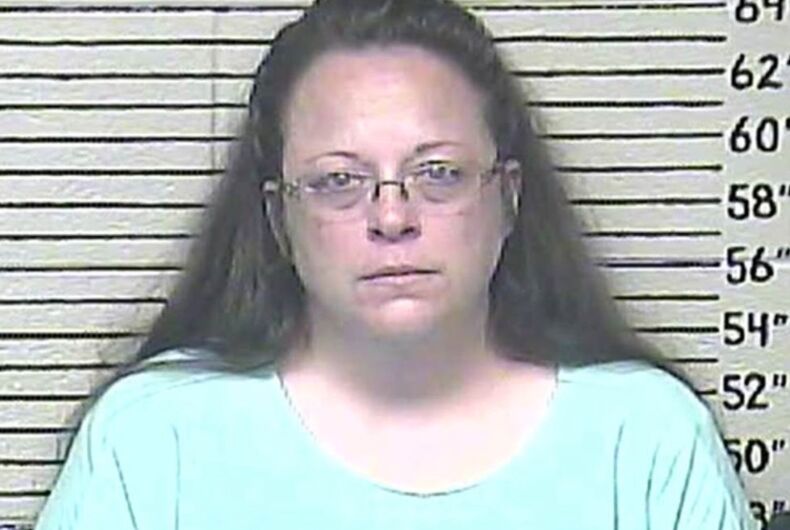 Disgraced Bible beating jailbird Kim Davis, a county clerk in Kentucky who refused to issue marriage licenses after the Supreme Court ruled in favor of marriage equality, has announced she will run for reelection.

Last seen cruising through Romania with members of a Christian hate group and her lawyer to try to scare Orthodox church members into believing recognizing same-sex relationships will destroy the fabric of society, Davis’ antics cost Kentucky taxpayers over $200,000 in legal fees.

In 2015, the hate group/law firm Alliance Defending Freedom breathlessly announced that Davis had met with Pope Francis during his visit to the United States to discuss religious freedom, a claim the Vatican quickly debunked. The Pope did not know who Davis was when an Archbishop snuck her into a private reception. The Archbishop was later replaced and the Vatican issued a strong response to say clarify the meeting was not a show of support for the lawless government official.

Davis spent five days in jail before being released after her staff agreed to issue the licenses without her involvement.