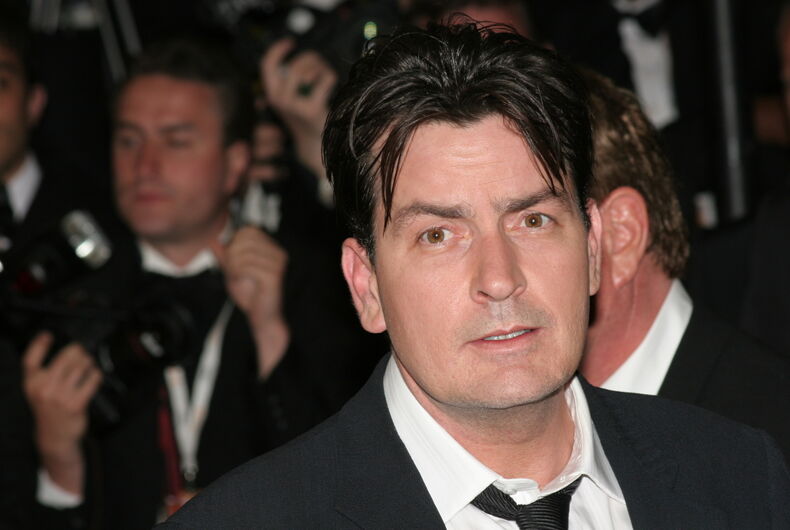 Following an explosive report by the National Enquirer that Charlie Sheen molested now-deceased actor Corey Haim on the set of the movie Lucas in 1986, Sheen is firing back and categorically denying the charge.

Fellow child star Corey Feldman has hinted at the incident repeatedly, and wrote about it in his tell-all memoir without mentioning Sheen by name.

“At some point during the filming, [Haim] explained an adult male convinced him it was perfectly normal for older men and younger boys in the business to have sexual relations, that it was ‘what all guys do.’,” Feldman wrote. “So they walked off to a secluded area between two trailers during a lunch break for the cast and crew and Haim, innocent and ambitious as he was, allowed himself to be sodomized.”

Another source, former actor Dominick Brascia, told the Enquirer that Haim had confided in him about the sexual encounter. He also said Haim hooked up with Sheen again once the child star had turned 20.

“Corey was so confused by the sexual encounter he believed, like so many victims, he was ‘in love’ with his abuser,” another source told the gossip magazine.

This isn’t the first time Sheen has been accused of inappropriate contact or interest in underage teenagers of both genders. His ex-wife, Denise Richards, claimed in a 2006 child custody case that Sheen had memberships at various adult websites that she found disturbing.

She said the sites “promoted very young girls, who looked underage to me with pigtails, braces and no pubic hair performing oral sex with each other” in a declaration to the court. Other sites, she claimed featured “gay pornography also involving very young men who also did not look like adults.”

While the Enquirer claims they’ve been investigating the numerous allegations against Sheen for five years, most of their sources are anonymous and the headline, “HIV Charlie Sheen Raped 13-Year-Old Corey Haim — Shocking Claim” tries to shame the actor for his HIV diagnosis.