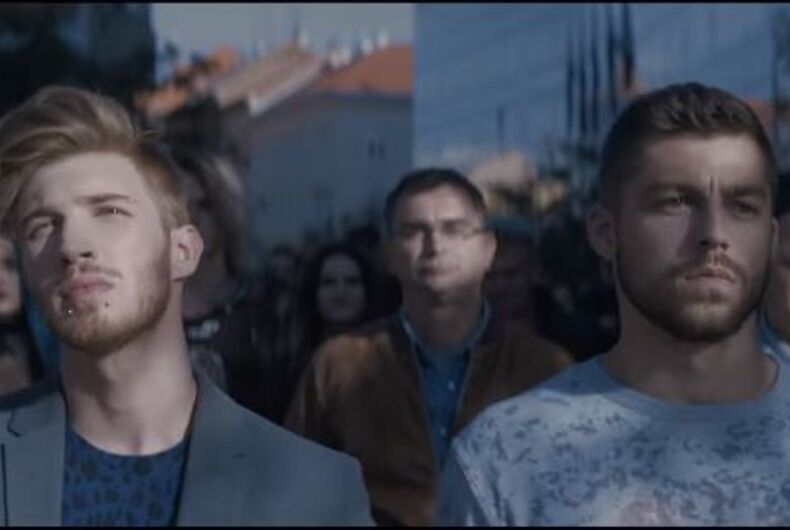 A Croatian bank has upset bigots for its inclusion of a gay couple and a transgender woman in its commercial.

CitizenGo, whose board of trustees includes National Organization for Marriage (NOM) president Brian Brown, has released a petition against the ad, titled “Croatia needs people who believe in themselves, in marriage, in the family.”

CitizenGo made headlines for its transphobic bus that someone vandalized during a stop in New York City.

The group claims the ad “undermines the foundations of the Croatian society and imposes new societal standards which do not take into account the protection of what Croatia really needs.”

You can watch the commercial the haters don’t want you to see below.

From bad to worse: There’s a new reason why you should stop using glitter