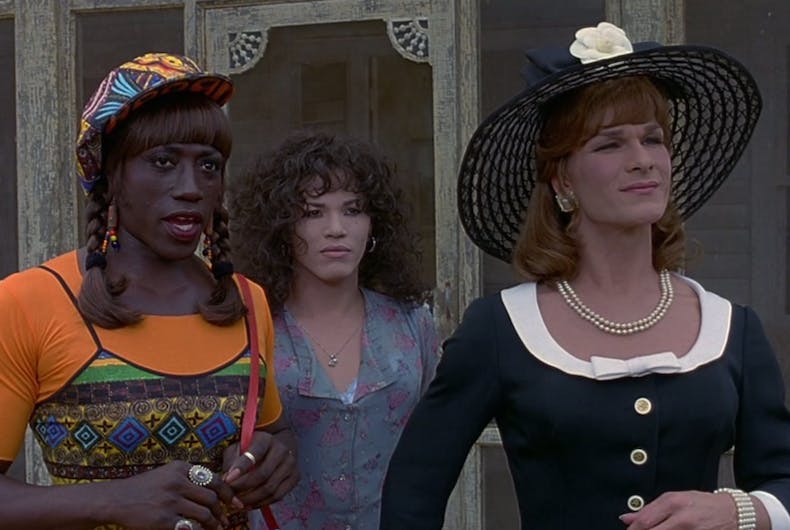 Scene from To Wong Foo, Thanks for Everything! Julie NewmarPhoto: screenshot

A To Wong Foo musical stage adaptation is in the works! It’s an idea so obvious and its time has finally come.

Douglas Carter Beane, a Tony-nominated playwright who made his screenwriting debut with the 1995 film, is collaborating with composer Lewis Flinn on the project, Playbill reports.

The pair have previously worked together on Lysistrata Jones and Hood: The Robin Hood Musical Adventure.

The To Wong Foo musical will debut during a developmental presentation through the American Academy of Dramatic Arts from November 1–4, with cast featuring members of the acting company.

To Wong Foo, Thanks For Everything, Julie Newmar starred Wesley Snipes, Patrick Swayze, and John Leguizamo as New York City drag queens Noxeema, Vida, and Chi-Chi, on a hilarious and poignant road trip for the ages.

Who would you like to see in the roles of Noxeema, Vida, and Chi-Chi in the musical adaptation? Let us know in the comments.

Sam Smith comes out as genderfluid