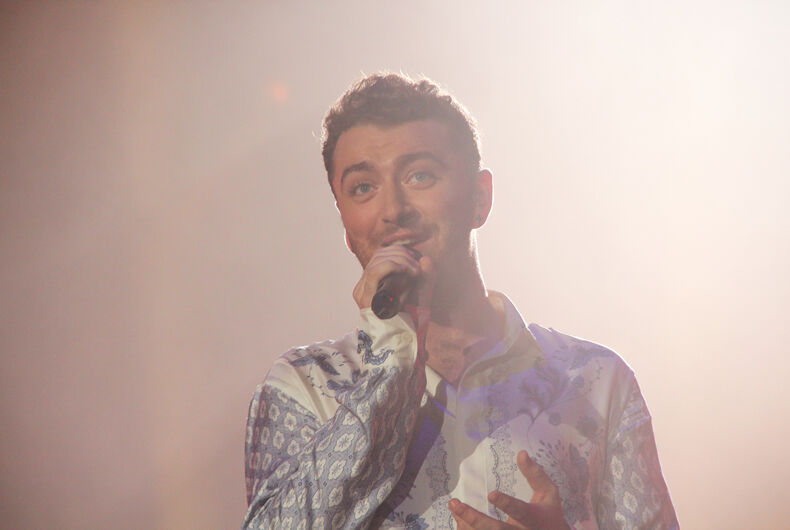 Singer Sam Smith has come out as genderfluid in an interview with the London Sunday Times.

The openly gay singer talks about his love of high heels and makeup and reveals that at one point in his life he didn’t own any men’s clothing – only women’s.

“People don’t know this, but when I was 17, I remember becoming obsessed with Boy George and Marilyn,” the singer said. “There was one moment in my life when I didn’t own a piece of male clothing, really.”

“I would wear full makeup every day at school – eyelashes, leggings, with Dr Martens and huge fur coats, for two and a half years. I got teased a lot for it, but there were also people respecting me for walking around like that in school.”

While Smith mostly identifies with drag queens lately, he points out that he does not consider himself a cisgender man. He pointed to two tattoos of gender symbols on his fingers – one male and the other female.

“I don’t know what the title would be but I feel just as much woman as I am man.”

A ‘To Wong Foo’ musical is about to hit the stage