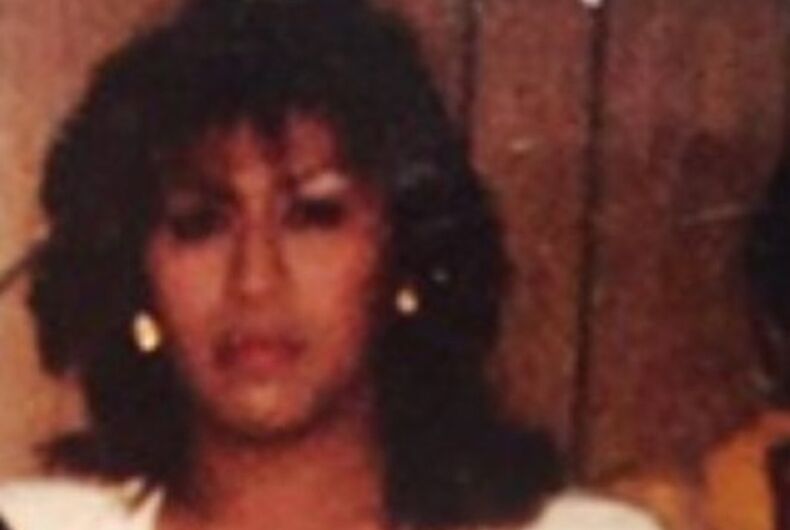 A transgender woman was found dead by a county road near Corpus Christi, Texas, last week.

The Nueces County sheriff’s office said that they responded to a report last Saturday and found Stephanie Montez’s body. The medical examiner said that she had been shot in the chest, abdomen, and shoulder.

“She used to like to dance,” friend Brittany Ramirez said about Montez, 47. “She really enjoyed life. She was one of the sweetest people you’ll ever meet.”

“She just had a great outlook on life. She was very supportive of everyone,” Ramirez said. “I don’t know why anybody would do this.”

Police believe that this is a homicide but said that the investigation is still in its early stages.

Several local groups, including PFLAG Corpus Christi, are organizing a trans rights rally as a response for Saturday, November 4.

Local media reports about this murder have been limited to two articles in the Corpus Christi Caller-Times. The first identified Montez as a man, despite the fact that she was wearing women’s clothes and make-up when she was killed. The second correctly referred to her as a woman but still published her birth name and the birth name of a transgender woman murdered in Mississippi last month in an unrelated case.

Local news outlets are invaluable when it comes to bringing attention to violence against LGBTQ people, and it’s understandable that the journalist might not know the gender identity of someone who cannot be asked. Still, they knew that Montez was presenting as a woman when the first article was written, so they should have used female pronouns, or at least gender-neutral language like “they” and “person” instead of “he” and “man.”

In the second article, which happened after an interview with one of Montez’s friends, there is no excuse for either instance of dead-naming.

This pro athlete defended 2 gay men in the street. Then he was arrested.