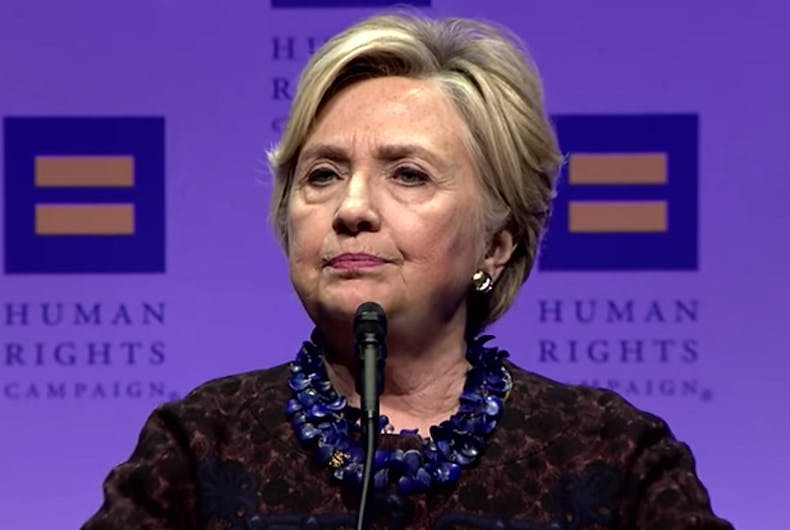 Following Billie Jean King’s introduction, Clinton thanked the room and talked about the accomplishments of the last few years. We have made a lot of progress, she said, “that we started a little bit to take for granted.”

She talked how Republican efforts to repeal the Affordable Care Act would make it legal for health insurers to discriminate on sexual orientation and gender identity. She also called out the White House for its attempts to reduce funding for fighting HIV/AIDS.

When the audience booed, she said that was the “appropriate response,” adding, “Don’t boo, call the Congress and say you will not stand for that.”

Clinton also riffed on a few of her most famous phrases, saying “Gay rights are human rights” and “I’m with you.”

No, there is no epidemic of kids pretending to be transgender