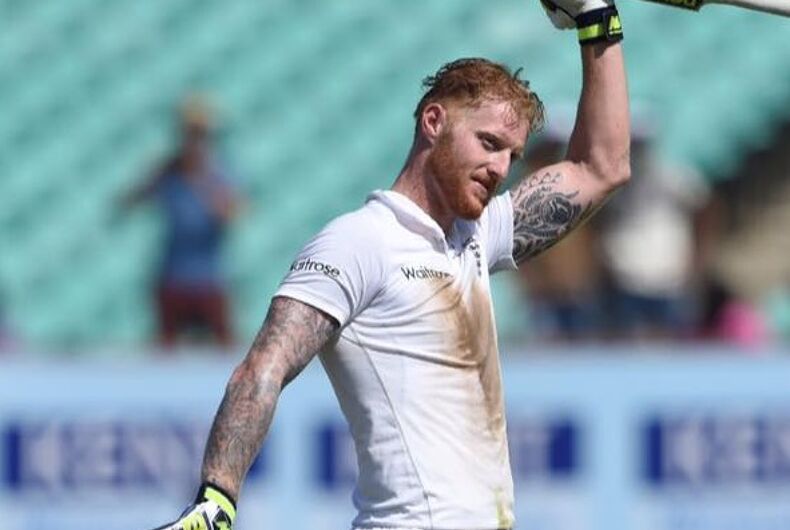 A professional athlete came to the rescue of two gay men, only to be arrested himself.

Kai Barry, 26, and Billy O’Connell, 20, said they were at a club in Bristol in southwestern England on September 25 when they met Ben Stokes, 26, and one of his teammates.

But O’Connell and Barry said they didn’t know that Stokes, who is originally from New Zealand, and his friend were on England’s international cricket team.

“I probably knocked into them and said ‘Excuse me, how are you going, you look nice,’ something like that,” Barry told The Sun.

“I didn’t know who they were, I’ve never watched cricket in my life,” O’Connell said.

The group talked for a bit and Stokes even bought the group drinks. “Ben bought us Jägerbombs. He knew we were gay but he didn’t make anything of it,” Barry said.

They were dancing later when someone called the couple “batty boys” a couple of times. The bouncer told that person to knock it off and Barry and O’Connell said they decided to ignore the insults.

They were walking together to another club, when they heard people shouting “batty boy” again in the street. “They’ve seen me thinking they’re big men because I’m a little gay boy. We had no argument with them,” Barry said.

One of the harassers had a bottle tried to attack them, but Stokes punched him in the face. Barry and O’Connell ran to a restaurant for safety, and onlookers called the police.

When the police showed up, they sent the 26-year-old harasser with a bottle for medical treatment for facial injuries. His mother told The Sun that he still needs dental work related to the fight.

Stokes broke his finger during the fight and was arrested that night. He was released the next day pending further investigation. Both Stokes and his teammate were suspended from playing in England’s games.

“Ben is a really nice guy and I hope he can still play for England in the Ashes [a major cricket series between England and Australia],” O’Connell said. “It would be awful if his career was ruined over this. He was just trying to help defend Kai.”

“I’m not a fighter and we didn’t want a fight. We could’ve been in real trouble. Ben was a real gentleman.”

Stokes has not commented on the incident.

Coming out from behind the lens: How one lesbian’s photos captured the rise of gay rights