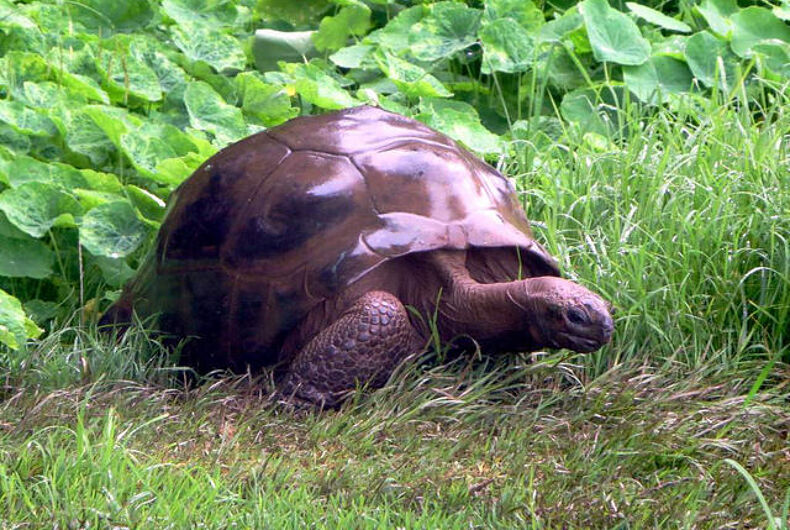 Jonathan is believed to be 186 years old, and queer.Photo: David Stanley via Flickr

The world’s oldest living creature is gay, it has been revealed.

The 186 year-old Jonathan the turtle and his “partner” were outed when it was discovered that Frederica, the turtle presented to him as a mate in 1991, is also male, The Times reports.

Ever since they met, the pair have been seen knocking shells on St Helena, the island they call home, during mating season. As you might have guessed, their lovemaking was to no procreative avail.

Their minders got to wondering why the pair never reproduced, but the reason for that was discovered accidentally, while Frederica was being examined and treated for a lesion.

The news breaks as St Helena is debating marriage equality. Citizens have been asked to register their opinion on the issue by Oct. 27, and a Supreme Court hearing is expected in January.

Ellen DeGeneres: Me too