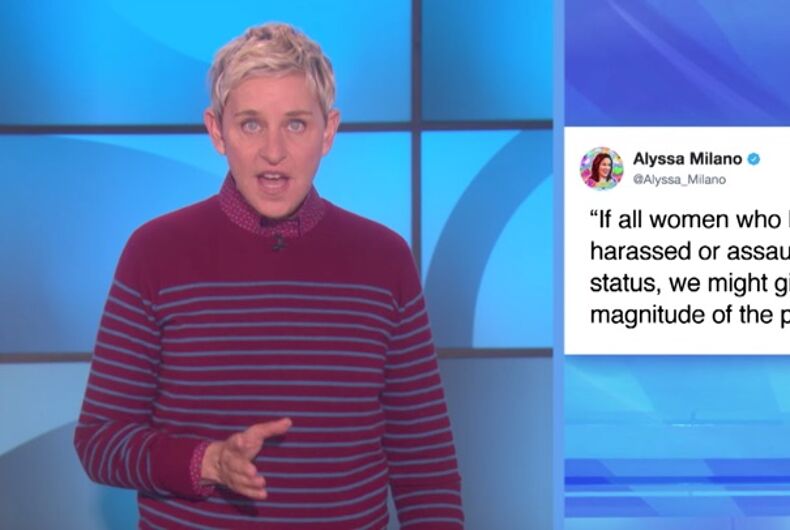 Ellen DeGeneres shares that she has been the victim of sexual assault or harassment as part of the #metoo campaign.Photo: screenshot

Social media has been flooded with women saying “Me too” to indicate that they have been harassed or sexually assaulted by men. One after another, thousands of women have courageously shared their stories of trauma or acknowledged that the problem is pervasive without going into detail.

While some men felt the need to jump on the bandwagon too to talk about their own experiences, some folks took umbrage, saying men were making the social media campaign about themselves. This centered the problem as something happening to men; instead women wanted men to listen to what is happening to them since they are often doubted or downright ignored when they report assault and harassment.

Now Ellen DeGeneres has stepped forward in front of her audience of millions to share that she has also been assaulted or harassed. While she didn’t go into specific details, the normally unflappable comedian was obviously emotional as she let viewers and her studio audience know, “Me too.”

Watch below and always remember… Believe her.