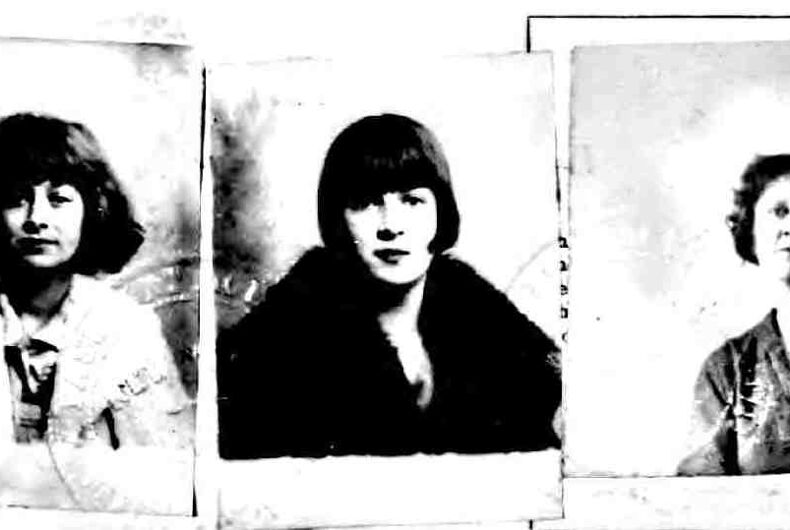 LGBT history can be found in every aspect of our lives. Sometimes it just comes as a surprise to learn that something, or someone, you’ve known about was gay. Given the title of this column, you may think this is going to be about the lyricist of “Gypsy” — my favorite Broadway composer, Stephen Sondheim, who’s gay. It isn’t. And if you think it’s about another member of the production company of that original Broadway hit — so many of them were gay — again, it isn’t.

It’s about one of the real-life characters on whom the musical is based. “Gypsy” tells the life story of Gypsy Rose Lee and her stage mother — the stage mother of all stage mothers, Momma Rose, played in the original production by Ethel Merman and since by Angela Lansbury, Tyne Daly, Patti LuPone and Bernadette Peters, and in the film version by Rosalind Russell. As you can see, it’s one hell of a classic and beloved Broadway musical.

That character played by all those famous actresses, Momma Rose? Guess what? She was a lesbian.

How do we know that? From good research by Carolyn Quinn, who took her fascination with Gypsy and her family and wrote Mama Rose’s Turn: The True Story of America’s Most Notorious Stage Mother – a fascinating book that, by any description, could be called a page turner.

If you’ve seen the musical film or stage version of “Gypsy,” you should know that the character of Momma Rose was sort of “cleaned up for public consumption.” She was more outrageous than the script could have shared with America in the 1950s.

Here’s what we know from the script: Momma Rose was born Rose Thompson. She had several marriages but eventually gave birth to two daughters and became a stage mother. Both her girls went on to fame: Gypsy Rose Lee as a stripper, author and talk-show personality, and June Havoc as a film star. But what happened to Momma Rose?

She ran several schools for children, a chicken farm, a summer camp — oh, and she was tried for murder.

In a nutshell, here are the facts: Rose was running a boarding house in New York, referred to by sources at the time as a “seedy boarding house for lesbians,” where she also lived. During this time, Gypsy paid a visit to the house and for some reason a young woman who has been described as Momma Rose’s lover at the time didn’t know Gypsy was her daughter and mistakenly thought Gypsy was making a pass at Rose. Rose and the woman reportedly had a vicious fight and Momma Rose shot the woman.

I think this gives a whole new meaning to the climactic song by Momma Rose, “Momma’s Turn.” There are several other lovers mentioned in Quinn’s book, and it’s a great read.

It’s LGBT History Month and you’ll never know where our history is and what surprises you’ll find when exploring it. LGBT history is fascinating.

Mark Segal, the publisher of Philly Gay News, is the nation’s most-award-winning commentator in LGBT media.

Ellen DeGeneres: Me too

How your shoes can influence your view on civil rights