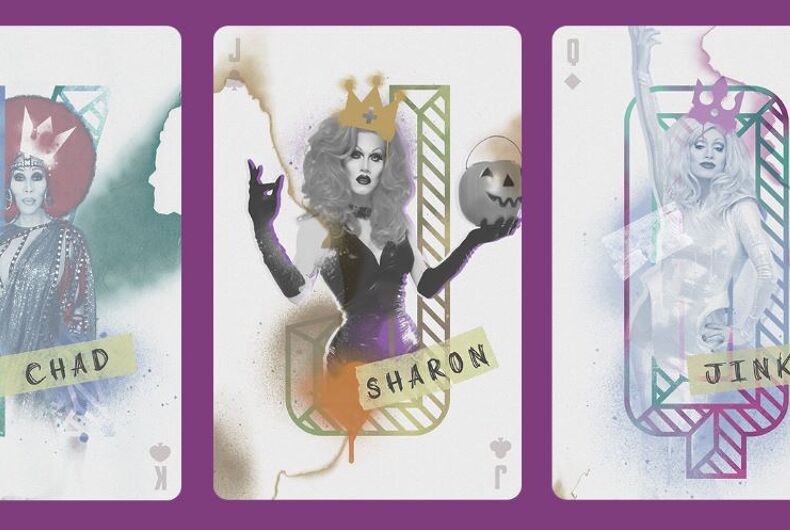 How cute is this?

Artist Roberto Júnior shared his concept for a deck of playing cards featuring RuPaul’s Drag Race queens, and we so wish it was real.

Even still, we’re all in on it, with his eye-catching designs making them some of the coolest cards we’ve ever seen, even if they can’t be held in one’s hands.

The pack features RuPaul on every single Ace, because of course, and the cast of characters on the rest of the deck spans all nine seasons of the show.

The tenth season of RuPaul’s Drag Race is filming now and will be released next year.

6 up & coming queer Instagrammers you need to follow right now