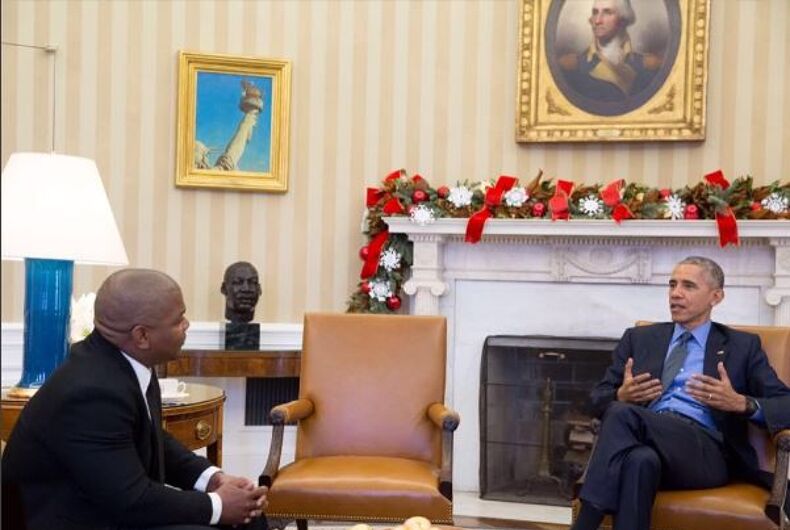 Wiley is best known for his vibrant paintings of young African American men in a glorified yet hyper realistic and modern style.

The Smithsonian’s National Portrait Gallery made the announcement on Monday.

“The Portrait Gallery is absolutely delighted that Kehinde Wiley and Amy Sherald have agreed to create the official portraits of our former President and First Lady,” said Kim Sajet, director of the National Portrait Gallery. “Both have achieved enormous success as artists, but even more, they make art that reflects the power and potential of portraiture in the 21st century.”

Cher will reunite with Meryl Streep for ‘Mama Mia’ sequel

He was a Nazi for almost his entire life. Now he’s coming out as gay.