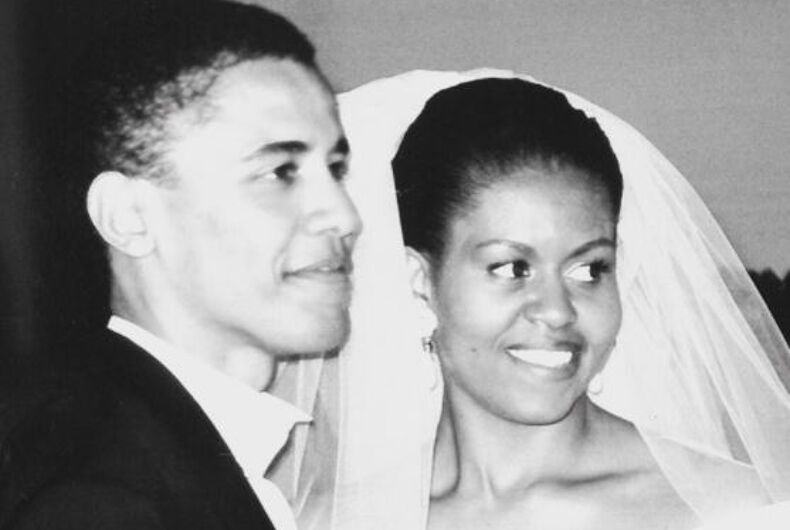 Michelle and Barack Obama are celebrating their 25th wedding anniversary today, and the former first lady has taken to Twitter to mark the occasion.

She posted a photo of the pair on their wedding day, all smiles, and with a future ahead of them even brighter than they probably could have imagined.

“A quarter of a century later, you’re still my best friend & the most extraordinary man I know,” Michelle wrote.

Happy 25th anniversary @barackobama. A quarter of a century later, you're still my best friend & the most extraordinary man I know. I 💕 you. pic.twitter.com/y0nevQmatB

Michelle has shared that when the pair first met she tried to set him up with her friends, as the two had a working relationship at the time.

Before long, however, the future president turned on the charm and won her over.

“He swept me off my feet,” she recalled, and clearly she’s still just as happy about that fact as ever.