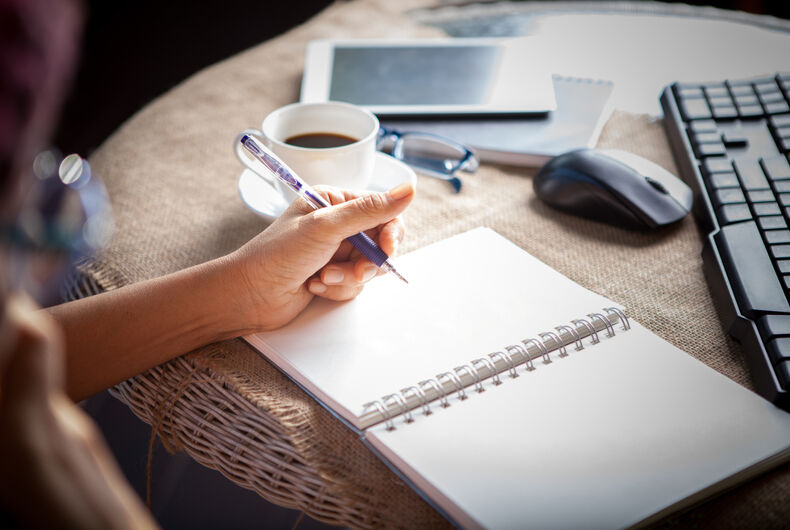 Dr. King is but one of literally countless social justice warriors, known and unrecognized throughout the ages across our remarkable planet. They have placed their values and their very lives on the line to ensure a better, more peaceful, and equitable world for themselves and their descendants, a world highlighted by a more level playing field between people of every identity and background, and one where a safety net catches people who have hit tough times and people with limited abilities to meet their needs.

Because of their courageous dedication to the concept of fairness and justice in the relationship between the individual and the state and between states, in their devotion to obliterating the barriers of social mobility by working actively for equality of opportunity and economic justice, they have given us so much. But as we know, the struggle for social justice is ongoing, for the journey must continue before we collectively reach our ultimate destination.

In the university courses I teach on issues of social justice, I ask students to imagine a world free from all the deadly forms of oppression. What would such a world be like? How might that world affect you as an individual and as a member of a group?

Some students’ faces brighten, some seem stunned and surprised, while others tend to outright reject the notion that humanity can or will ever attain a liberated oppression-free world.

Following a lively and engaging class discussion, I present a case study of a specific form of oppression that once gripped Christian (and primarily Catholic) majority dominated nations like a steel vice, but especially since around the middle of the 19th century, the pressure of that religious vice has greatly (though certainly not completely) declined in its impact on socio-political policy implications and on the lives of individuals most at risk.

The form of oppression I address is that directed against left-handed people, which I and my co-author, Diane Raymond, outline in our book, Looking at Gay and Lesbian Life.

What can the history of left-handed superstitions teach us?

Estimates suggest that one in ten people is left handed. In fact, this number probably holds true for all places during all times. This means that there are approximately 32 million left-handed people within the United States today alone.

Left-handed people have existed throughout the ages in all cultures, in all races, in all social classes, and in every country. Even the earliest cave drawings show left-handed figures.

Though it may seem obvious, it is not always easy to determine who is left handed. Some people, for example, use different hands for different activities. Former President Gerald Ford used his left hand to write while sitting, and his right hand to write on chalkboards while standing. Some people can successfully manage with either hand.

In fact, it is probably true that most people are not exclusively right or left handed. Many people, though, define their handedness in terms of whichever hand they use most, especially in writing. Nevertheless, people in general exhibit a great variety of hand skills covering a broad continuum between exclusive left to exclusive right handedness.

Though you might not think your friend or mother or classmate is all that different because they are left handed, such tolerance or support has not always been the case. In fact, for centuries, left-handed people were viewed with scorn and even, at times, with fear.

People often justified this disparagement with references to religious texts such as the Bibles, both the Jewish Bible and Christian Testaments, though primarily the Christian Testaments, which consider “the left” as the domain of the Devil, whereas “the right” as the domain of God. For this reason, Jesus told his followers to “not let thy left hand know what thy right hand doeth” (Matthew 6:3).

Jesus also described God’s process for separating good from evil in the Last Judgment: “…the King [shall] say unto them on His right hand, ‘Come, ye blessed of my Father, inherit the Kingdom prepared for you from the foundation of the world’… Then shall He say unto them on the left hand, ‘Depart from me, ye cursed, into everlasting fire, prepared for the devil and his angels….’” (Matthew 25:32-41).

Early Christians applied these categories so strictly that they even held that the saints, while still infants, were so holy that they would not suckle from the left breasts of their mothers.

Not only do the Bibles condemn left handedness, but so did several ancient societies. The ancient Greeks and Romans shared this attitude as well. For example, the philosopher Pythagoras argued that left-handedness was synonymous with “dissolution” and evil, and Aristotle described good as “what is on the right, above, and in front, and bad what is on the left, below, and behind.”

Later, in the Middle Ages, left-handed people were sometimes accused of being witches, sorcerers, or as fathered by the Devil. The present-day wedding custom of joining right hands and placing the gold ring on the third finger of the left hand began with the superstition that doing so would absorb the evil inherent in the left hand.

In fact, the English word “left” comes from the old Dutch word, “lyft,” meaning “weak” or “broken,” whereas “right” derives from an Anglo-Saxon word, “riht,” meaning “straight,” “erect,” or “just.”

The term “ambidextrous” literally means “being right-handed on both sides.” Phrases like “left-handed compliment” are insults to left-handed people.

It is difficult to determine precisely why a little more strength in one hand over the other has been used as the basis of wide-scale persecution of a group of human begins. Some people argue that the preference for right-handedness began with the military. If all soldiers were right-handed, they would all pass to the right of their enemy, keeping the enemy on their left side, where they held their shields thereby enabling them to maintain a uniform defensive posture.

This practice extended to rules of the road, except in countries such as England, where they drive on the left side of the road. But even there, the practice was established from a right-handed preference. Knights on horseback would keep their opponents to their right with their lances when jousting.

What “righties” usually take for granted often involves awkward adjustments for “lefties.” Most tools and utensils and most packaging of products are designed for the ease of right-handed people. These include scissors, power saws, corkscrews, sewing machines, and even gum wrappers. Left-handed pilots have not been allowed to sit on the right side of the cockpit to reach the controls in the center, even though to do so would make it easier for them.

Stereotypes have circulated about hand-handed people as willful and stubborn. Some people even incorrectly believe that left-handed people are at greater risk of committing criminal offenses.

This all brings to light the realities of right-hand privilege, which includes unearned advantages bestowed on right-handed people that often are invisible to those who have them.

Why does this matter anyway? Well, it matters to some who believe that left-handedness is intrinsically evil or unnatural. This attitude has led many theorists to propose tactics for changing an exhibited hand preference. They have urged parents to encourage young people to emphasize their right hands, especially in writing.

In some schools, teachers have tied young students’ left hands and arms behind their backs, or made them sit on their left hands to promote use of the right hand. This treatment often resulted in emotional outbursts, speech impairments such as stuttering, reading problems, and other learning disabilities. Some left-handed people have tried to conceal their hand orientation and to “pass” as right-handed to fit in and to avoid social sanctions.

Over the years, activists have fought society to make physical accommodations to left-handed people and to reject all prejudices that prevent full support for them. More recently, some individuals have created organizations to ensure rights for left-handed people.

In fact, the left-handed artist, Michelangelo stuck it to the Catholic Church for its anti-left-hand condemnations. When he painted his famous ceiling in the Sistine Chapel at the Vatican, he portrayed God giving life to Adam through Adam’s left hand.

Katy Perry helped a woman propose to her girlfriend on-stage