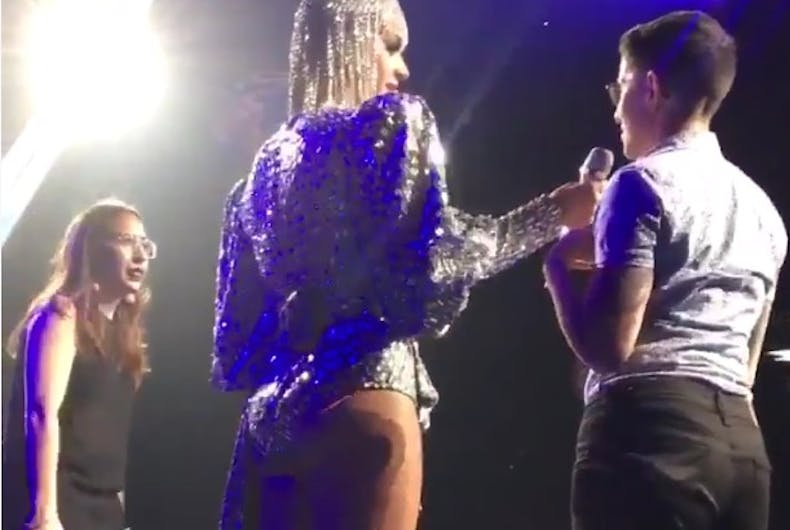 Katy Perry helped a fan propose to her girlfriend on stage at a concert on National Coming Out Day.

Perry had Katie and Becky on stage and pointed to a prop and said “This is a shooting star.” Becky said it was her birthday and the crowd cheered.

Katie the fan then started on her proposal. “I don’t know if you all have seen Becky, but she’s pretty, even without any makeup on. And she’s perfect every time I look at her.”

She then got down on one knee and said, “Becky, will you marry me?” But before she could get the question out Katy Perry had already fallen to the ground in excitement.

The crowd is cheering, and Perry got up and grabbed the microphone. “Say yes, Becky, if you want to get married!” she shouted. Becky said “yes.”

What left-handed people can teach the LGBTQ community