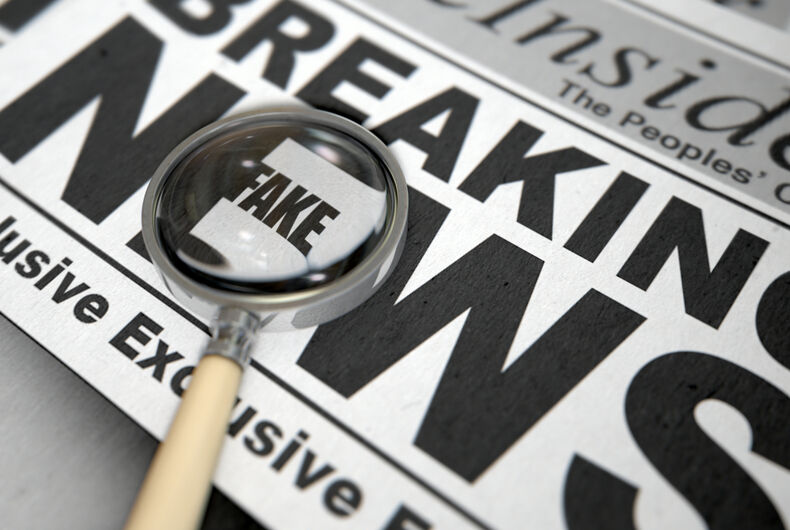 In October 1949, filed under “Medicine,” Newsweek reviewed the book The Sexual Criminal, former LA cop Dr. J. Paul de River’s sensationalized exposé on so-called sexual deviants — and you can bet your bottom dollar that list of deviants included the homosexual, that puzzling specimen whose same-sex desires were equated with masochism, bestiality and murderous impulses.

“Acts of sadism and masochism are practices among both the homosexual male and female, and it is not unusual to find sadistic homicide, particularly among the male homosexuals,” de River wrote, missing the opportunity to coin “homocide.” Dum-dum.

In any event, de River rolled on, insisting that lesbian and especially gay sex was inherently savage, writing, “Perversion of the [homo]-sexual impulse… must find its outlet through aggression.”

And to illustrate this he offers this description of a “gay murder victim.”

All this and more led Newsweek to open its review, called “Queer People,” thusly, “The sex pervert, whether a homosexual, an exhibitionist, or even a dangerous sadist, is too often regarded merely as a ‘queer’ person who never hurts anyone but himself. Then the mangled form of one of his victims focuses public attention to the degenerate’s work: [Evidence of] the most dastardly and horrifying crimes.”

This was only the second-time Newsweek had investigated the pink scourge, those limp-wristed, light-in-the-loafer threats to patriarchal America’s masculine self-image.

The first piece, published in 1947, warned against gays joining the military: their “neurotic” and “hysterical” constitutions made them weak, dangerous and potentially un-American. They were “undesirable soldier material,” and recruiters must keep their eyes peeled for “feminine mannerisms.”

But this “sex crime” story was far more lurid, grisly and altogether (and intentionally) frightening. Gays were no longer pathetic pariahs, but pathological psychopaths, leading to the conclusion: “A stern attitude is required if the degenerate is to be properly treated and cured. The sex pervert [should] be treated not as a coddled patient, but as a particularly virulent type of criminal.” [Emphasis mine.]

This was the start of a trend. Not since the Victorian Era had there been such widespread and insidious sexual policing, seen both in actual policy and in the stream of sensationalized stories to come, both from Newsweek and its competitor, Time, two of the largest general reader magazines at the time.

In 1940, there were only two such stories in these top-selling newsweeklies; in the 1950s there were 21 between these titles, including Time’s 1950 tale “The Abnormals;” and throughout all gays were described as “degraded,” degenerate” and just plain “disgusting,” among other pejorative things. We were portrayed as either criminally insane or just insane.

There was about the same amount of coverage in the 1960s, when those two dominant magazines published a combined twenty-five fear-filled pieces on the gay. By then the story angle had shifted from squarely “criminally insane gay” to the more nuanced but equally othering “punish or pity?”

Some of the most common phrases used in that era were “aberrant invert,” “homophile unnatural,” and “emotionally immature sodomite.” No matter what the hook, though, we were outside the mainstream.

Times changed, of course, and so too did Time and Newsweek’s respective coverage: it was on Time that Ellen DeGeneres finally came out and, more recently, Newsweek described a vote for marriage equality as “the love vote.” Both publications are now firmly in the “ally” column. They changed their tune and so did the majority of America: In 1977 only 43% of Americans told Gallup that consenting same-sex relations should be legal; that number is 72% today.

But while mainstream media long ago learned the truth — “Gays, they’re just like us!” —mid-century messaging and misconceptions still echoes in right-wing policy, among conservatives who still rail against not only the idea of LGBT equality but also LGBT humanity: 23% of Americans still think same-sex sex should be illegal and a full third of Americans believe it’s morally wrong, according to Gallup.

These people are in the minority today, but it wasn’t that long ago that they were the majority, and it’s not that inconceivable to think that Donald Trump and his hateful, selfish, fake news-peddling allies won’t message us right back into the dark ages.

In 1985, less than a quarter of Americans said they knew someone who was gay. Not coincidentally, 47% of respondents endorsed forbidding same-sex sex. That’s changed tremendously in recent years: a 2013 poll found that 75% of Americans know someone who is LGBTQ; that same year only 31% of respondents said same-sex relations should be forbidden. Today that number’s only 23%.

By coming out and showing those who fear us that we are indeed just like them, we can drive those numbers down even further.

This college professor thought his ‘Female or Shemale’ quiz was a-okay. He’s wrong.