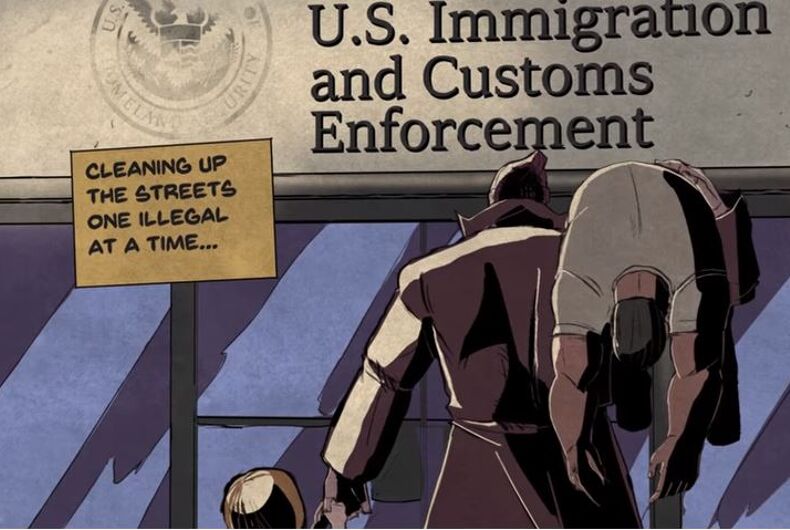 Theodore Beale, aka Vox Day, said in a Periscope video that he “intended to challenge and eventually replace the SJW (short for “social justice warrior) converged comics of DC and Marvel.”

He has said that “they know they are the true villains and the enemy in the cultural war.”

At time of writing, Beale’s fundraiser has raised over $66,000 dollars.

What, exactly, are these sacred values being erased from comic books that must be saved? Advertising smoking, pushing the concept of undocumented immigrants as dangerous criminals worthy of vigilante justice, and the promotion of the traitorous Confederate flag.

“She has to go back,” he wrote, alongside an image of Ms. Marvel crying, with the news of Trump’s Muslim ban playing in the background.

The trailer for the series features an undocumented immigrant in the middle of attacking a young girl before an “Alt-Hero” comes to the rescue.

Ironically, Day is allied with Milo Yiannopoulos, the former Breitbart editor who was forced to resign after comments he made in defense of sexual relationships between older men and boys resurfaced.

Yiannopoulos is promoting the effort as well.

Watch the trailer for the comic book series below.