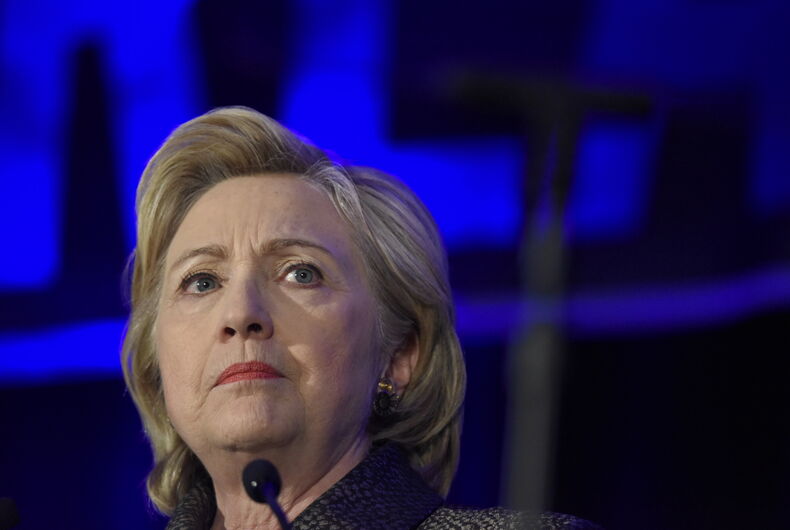 Buried in Hillary Clinton’s new memoir, What Happened, is an excerpt from her discarded victory speech that will leave you in tears.

While most of the attention has been placed on whether or not Clinton took enough responsibility for her stunning election loss, with Bernie Bros and Clintonistas nationwide happily rekindling their codependent love affair with hating each other, that small passage hasn’t seen nearly as much attention.

Clinton’s mother, Dorothy Howell Rodham, was abandoned by her parents as a child and she and her sister were sent away on a train to live with relatives who would abuse them. Rodham died in 2011 and Clinton’s devotion to her mother was well known and obvious.

So it comes as no surprise that Clinton would have described her wish to go back in time and tell her mother what was in store for her life – while poor Rodham sat terrified on that train rushing into destiny.

“Sometimes I think about her on that train. I wish I could walk down the aisle and find the little wooden seats where she sat, holding tight to her even younger sister, alone, terrified. She doesn’t yet know how much she will suffer … I dream of going up to her, and sitting down next to her … and saying, ‘Look at me. Listen to me. You will survive. You will have a good family of your own, and three children. And as hard as it might be to imagine, your daughter will grow up and become the President of the United States.’”

That was how she planned to end her victory speech on election night.

Watch as Ellen DeGeneres terrifies Sarah Paulson with a clown