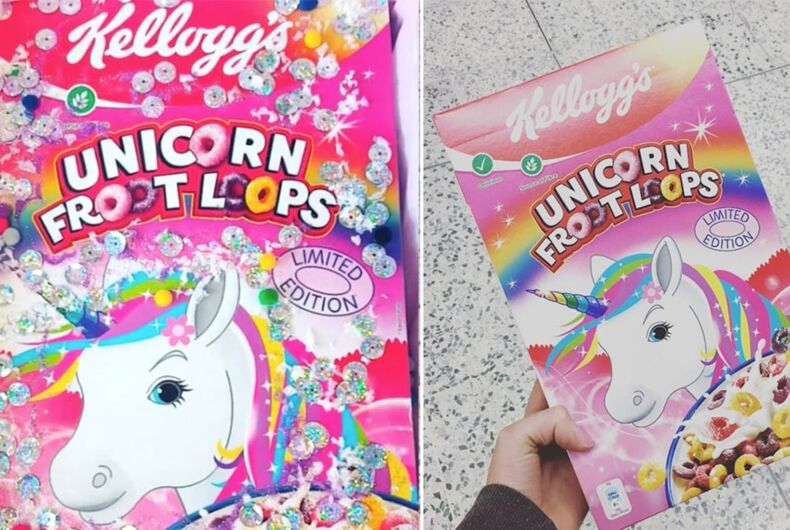 You have to live in the United Kingdom to pick up a box in stores.

Strangely enough, the cartoon advertised breakfast cereal known for being colorful has changed the color of the cereal to only pink, purple and yellow. As Lisa Frank can tell you, unicorns and rainbows belong together, Kellogg’s. Just look at the cartoon unicorn on the front of your box with the rainbow horn.

Still, there’s glitter on the cereal and that makes up for the lack of rainbow, doesn’t it? We’ll call it even. Now who’s going to send us a box?

The magic has landed! Have you spotted the Unicorn Froot Loops in your local @Asda? 🦄🌈 #Unicorns #Kelloggs #cereal #FrootLoops

After queer students were bullied by Trumpers during Homecoming, this town wasn’t having it