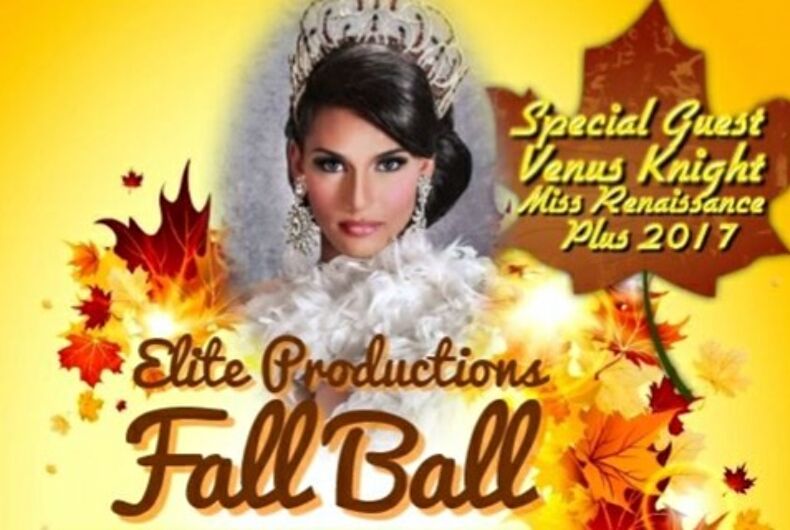 Clip from a poster advertising a drag show in Portland, TNPhoto: promo photo/Facebook

Our friends over at Out & About Nashville are reporting about a small town in Tennessee that wants to change their city code to outlaw drag shows. The move would classify drag queens as “adult entertainers.”

The city council of Portland, Tennessee has already passed the proposed ordinance once at a meeting on September 5 without discussion or community input.

“TEP opposes the ordinance on First Amendment grounds and because government has no business passing ordinances that restrict gender,” said Christopher Sanders, executive director of the Tennessee Equality Project, told the paper. “It sends a chilling message to the LGBT community.”

The show is held after hours at a local restaurant. The space is rented out by Kyle & Raymond Guillermo Jr. Attendees must be over the age of 18. The restaurant also rents out the space for other events like karaoke.

BebeThanh Truc, the owner of the restaurant, is standing by the queens.

“Envy Bar and Envy nails we don’t discriminate or any kind of hatred against any gender we have come along way, all it’s just entertainment,” they said in a posting on Facebook.

“First of, special thank you to BebeThanh Truc spreading love and not hate. I wanted to share something with everyone. We don’t put these shows on to force anyone to come or to force homosexuality on anyone. We put these shows on cause we enjoying doing them and our people love entertaining a crowd. It’s called entertainment,” Guillermo shared on Facebook in response.

Not so hot now: One of the viral cops from Florida is a disgusting anti-Semite