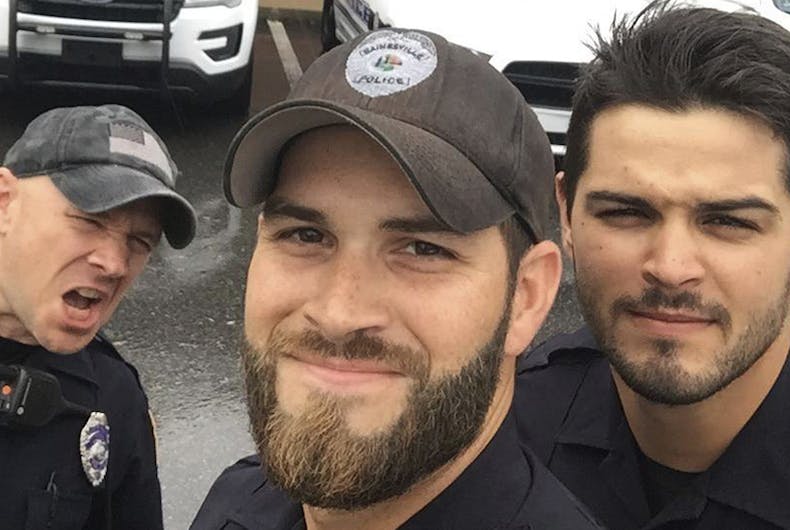 The photo of the "hot cops" that went viral.Photo: GPD/Facebook

The Gainesville Police Department had a viral post on its hands when it shared a photo of three officers during their Hurricane Irma recovery efforts and much of the internet swooned.

Turns out, all that attention came with a downside, as one of those supposedly hot cops appears to be an anti-Semite.

The police department has launched an investigation after it was discovered that Michael Hamill, one of the officers, looks to have made several anti-Semitic “jokes” on his Facebook page.

In one, Hamill asks the difference between Boy Scouts and Jews, with the punchline being that only one comes back from their camps.

“put them in the oven and deal with them the hitler way,” he wrote, failing to grasp how punctuation works.

GPD spokesman Ben Tobias said the agency is reviewing a complaint against Hamill.

“The Gainesville Police Department prides itself with our philosophy and mission of compassion, inclusion, and respect and will fully review the matter,” he said.

No word yet on whether the department’s plans for a “hot cops” calendar is now on hold as well, but chances are you won’t see Hamill’s face on any of those months.