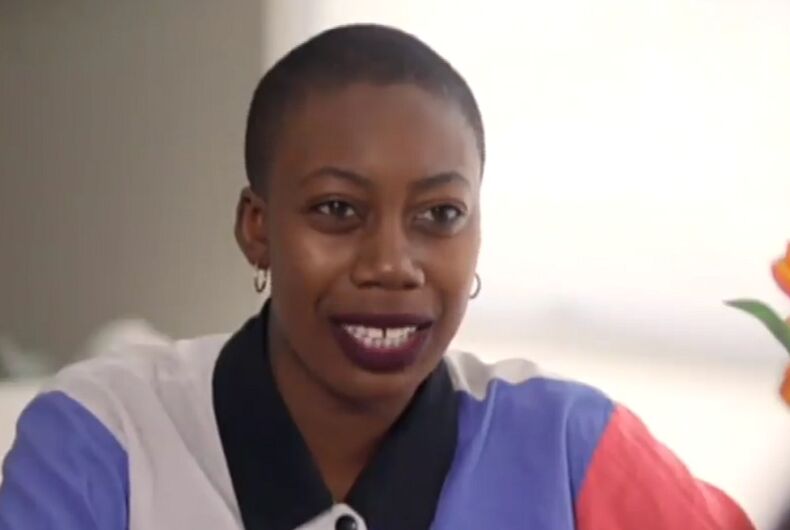 Australia is currently in the middle of a national, non-binding referendum on marriage equality.

One of the ads that has gotten the most attention is this one from the Australian Christian Lobby, which is asking people to vote against marriage.

The ad alludes to schools forcing kids to be gay if marriage equality is legal, much like the Prop 8 campaign in California in 2008 did. Homophobes don’t really have an argument for opposing same-sex marriage – either you think LGBTQ people should have the same rights as everyone else or you don’t – so they work on straight parents’ anxieties about having queer kids.

“Think about your son kissing a boy or your daughter kissing a girl, then go vote.”

Since this ad is so ridiculous, The Project, an Australian sketch show, made a parody of it.

Pansy Lai, who is featured in the ad saying that schools will make dresses for boys “compulsory,” leads an organization that advocates conversion therapy.