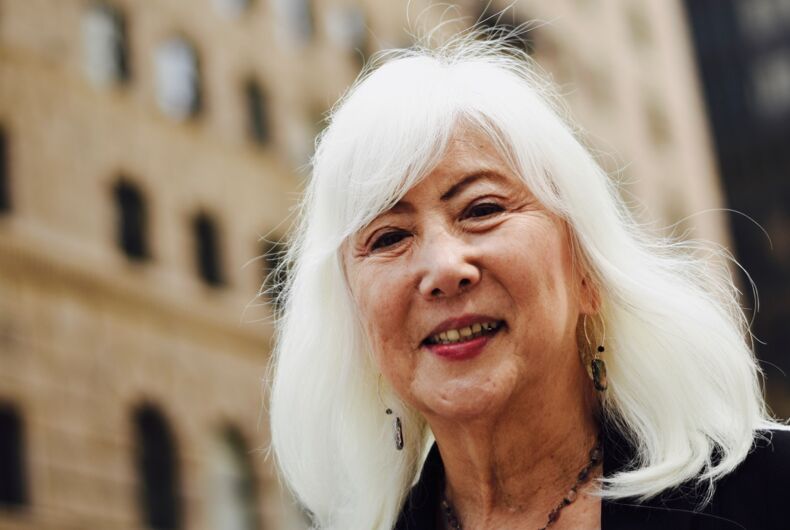 Ever since Don’t Ask Don’t Tell, it has been abundantly clear that at least when it comes to the rights of queer people to serve in our nation’s military, compromises don’t work. Now, the White House has proposed a “compromise” on President Trump’s widely criticized plan to ban transgender people from our armed forces, by allowing current trans members to continue serving, but barring new transgender entrants, and terminating gender transition medical coverage.

In part 2 of the exclusive video interview series on LGBTQ Nation, our friends at OUTWORDS talked to former US Army Reservist Phyllis Frye, the first transgender judge in the United States, and prominent transgender defense attorney Mia Yamamoto, a Vietnam veteran, about their own military service, the “sacred bond” that exists among service members, and the personal price they paid to serve their nation. Stack these two individuals up against our current President, who painstakingly avoided military service, and it’s easy to see who our real heroes are.