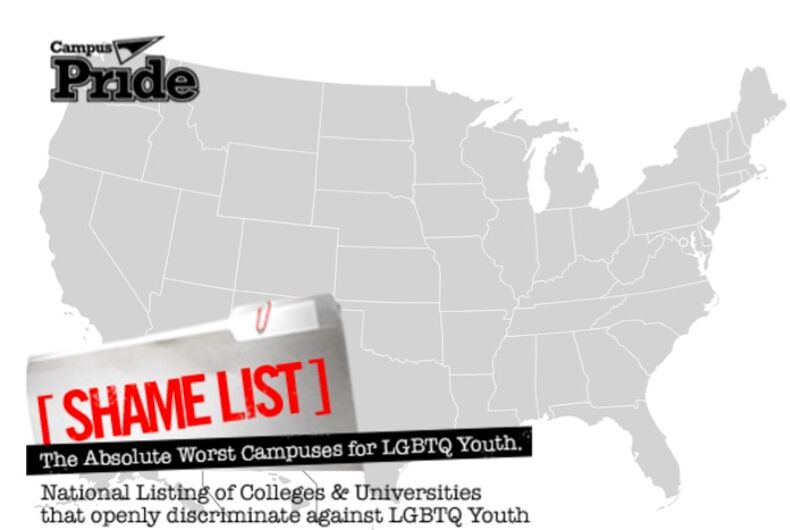 Campus Pride has taken a look at American colleges and universities and, for the second year in a row, the organization is releasing their “Shame List” of the worst schools for LGBT students.

139 colleges and universities are on the list, an increase from the 102 schools listed last year.

“The Shame List uncovers the religion-based bigotry that is unsafe, harmful and perpetuates harassment toward LGBTQ youth. Everyone has a right to know that these ‘absolute worst campuses for LGBTQ youth’ do exist and what they are doing to discriminate in policies, programs and practices,” Executive Director of Campus Pride Shane Windmeyer said in an emailed statement.

“That is what the Shame List does as a resource for youth and families – it gives them all the information to make the best decision for their young person, where they will be safe and feel welcomed.”

Over half of the schools on the list have asked for and received religious exemptions from Title IX requirements that prohibit discrimination based on sex or gender identity. Obviously, this puts transgender and non-gender conforming students at risk.

The majority of schools on the list are religiously affiliated; most come from evangelical denominations like the Baptists, Pentecostals, and Nazarenes. Check out the full list of shameful colleges and universities on the Campus Pride website.

No mother of mine: Mother Teresa was hardly a saint