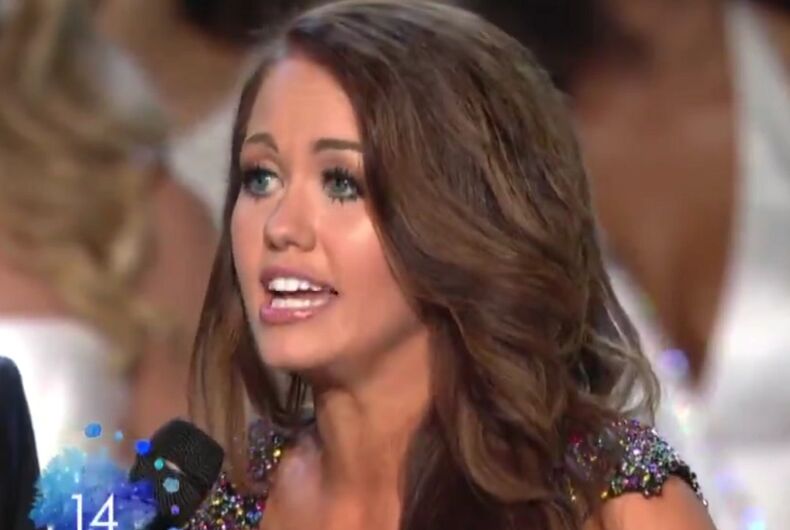 Donald Trump loves pageants so much that he owned the Miss USA pageant for 20 years. But it seems like the contestants at Miss America don’t love him.

Cara Mund, Miss North Dakota and the contestant who won the Miss America title last night, criticized Trump for pulling out of the Paris Agreement on climate change. “There is evidence that climate change is existing,” she said. “Whether you believe it or not, we need to be at that table.”

Margana Wood from Texas called Trump out for not saying that the violence in Charlottesville was a “terrorist attack” early enough. “President Donald Trump should have made a statement earlier addressing the fact, and in making sure all Americans feel safe in this country and that is the number one issue right now,” she said.

.@MissAmericaTX is up next and she will be answering a question from @MrJessCagle. #MissAmerica pic.twitter.com/WbSBx3c5Ul