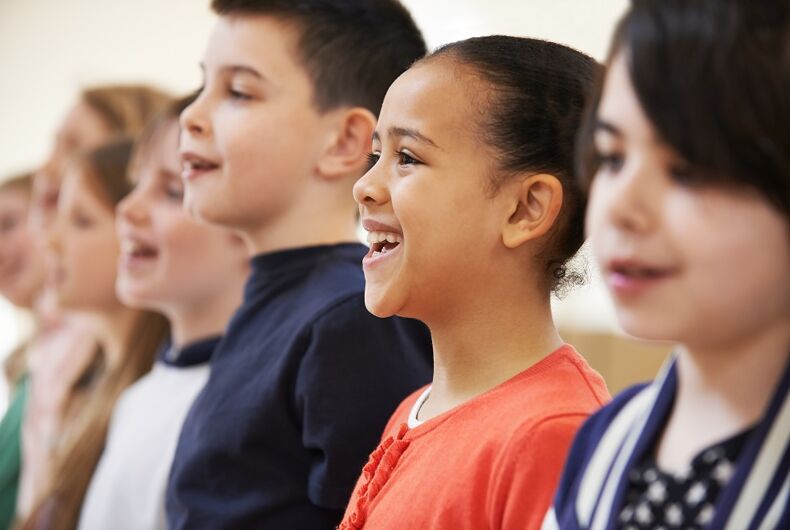 Nigel and Sally Rowe pulled their six-year-old son out of an Anglican school when they found out that one of his classmates was transgender.

Their son was enrolled in a church school in the Diocese of Portsmouth in England, where a classmate started dressing like a girl. The parents said that their son became “confused.”

“[Kids] know this child is a boy, but they are being forced to pretend that they are not a boy, that they are a girl,” Sally Rowe said. “And that’s quite hard for a child to get their head around.”

“Like any other state school, our schools comply with the legal requirements of the Equalities Act 2010,” a spokesperson for the Diocese of Portsmouth said. “Among other things, this requires schools to accept the wishes of children and their families with regard to gender identity. It would be unlawful for any of our schools to do otherwise.”

The Rowes say that recognizing transgender people violates their religion and that they should not be accused to being transphobic. It’s bizarre, to say the least, that people would use the “You have to respect my religious beliefs” argument in a disagreement with their own church.

These parents had the same issue two years ago at the same school. Their older son was also in a class with a trans student, and in the end the parents pulled him out. “We believe he was under stress by the confusion that was caused by having a boy in his class that decided that they were going to have a girl’s name and dress as a girl,” Sally Rowe said.

The parents said they are considering a lawsuit against the school for how they handled the situation, saying that the school should be more considerate of the “long-term emotional and psychological effects” that come with having transgender students at the school.