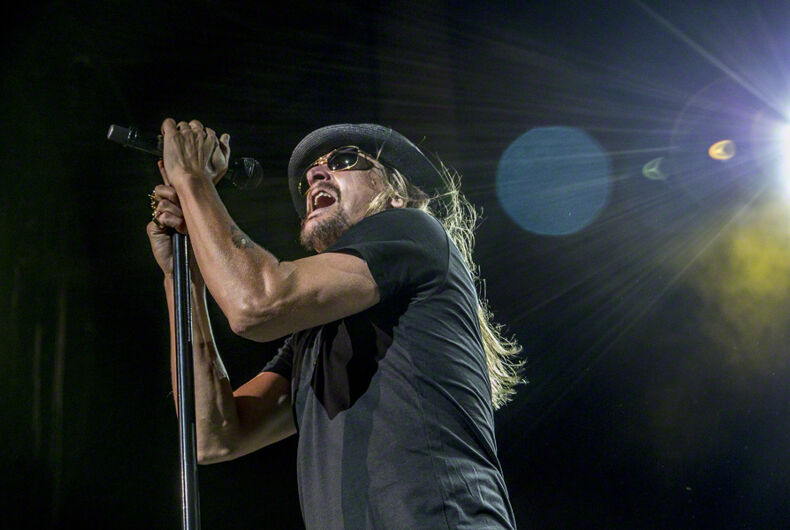 Kid Rock is toying with the idea of a senate run in Michigan (or is just milking his association with Donald Trump for all the publicity it is worth) and his latest rant shows his anti-LGBTQ stripes.

The musician has started incorporating a politicking segment into his concerts, where he stands behind a podium and delivers his vision for America. It is arguably an even dimmer one than our current president’s.

During his spiel at his concert in Detroit on Tuesday night, he set his sights on the LGBTQ community.

“And why, these days, is everything so gay?” he asked his cheering fans. “Gay rights, transgender this and that. I say let gay folks get married if they want and I’m not even close to a Democrat. But things shouldn’t be this complicated, and no you don’t get to choose, because whatever you have between your legs should determine the bathroom that you use.”

If Kid Rock does decide to run, he will face Democratic Senator Debbie Stabenow, in office since 2001.

You can watch his rant in the video below, with the LGBTQ segment coming just before the three minute mark.

What do Chelsea Manning & Sean Spicer have in common?

Most Americans oppose restricting the rights of LGBTQ people