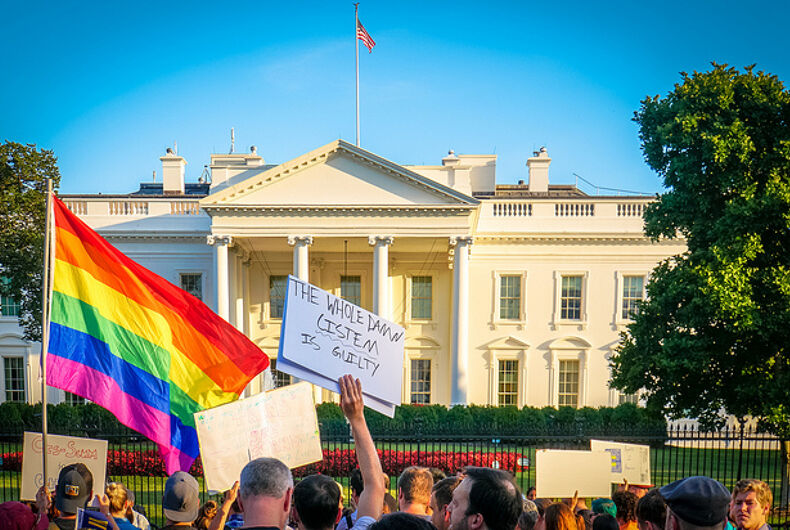 Protesters at the White House demonstrating against the ban on transgender soldiers.Photo: Ted Eytan via Flickr

Most Americans oppose restricting the rights of LGBTQ people, a new report from Public Religion Research Institute (PRRI) has found.

It has been a difficult year for LGBTQ rights, with the Trump administration attacking the rights of transgender students and soldiers, going after the Johnson Amendment so churches will be allowed to have a heavier hand in campaigns, and a Cabinet full of anti-LGBTQ lawmakers.

More details can be found on the PRRI report on the study.