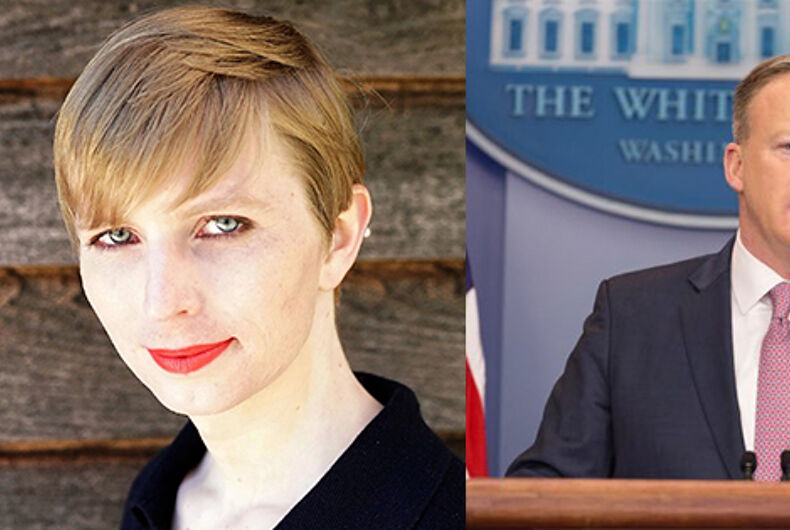 Chelsea Manning and Sean Spicer are both headed to Harvard University.

The transgender former U.S. soldier recently released after serving seven years for leaking classified information and the former White House spokesman who resigned from the Trump administration in July will both be visiting fellows for the 2017-2018 school year.

“Broadening the range and depth of opportunity for students to hear from and engage with experts, leaders and policy-shapers is a cornerstone of the Institute of Politics,” said Bill Delhunt, acting director of the institute at the Harvard Kennedy School. “We welcome the breadth of thought-provoking viewpoints on race, gender, politics and the media.”

Manning and Spicer are among a dozen prominent individuals who will serve as fellows this year at the university.

Spicer was the White House spokesman when the Trump administration decided to rescind an Obama-era directive instructing public schools to respect the gender identity of transgender students when it comes to the use of bathrooms and locker rooms.

He stressed President Trump’s stance that transgender bathroom issues should be decided by states, and not the federal government.

In more Spicey news, he recently appeared on Jimmy Kimmel Live! where he was grilled on what it was like to work in “one of the worst jobs ever.”