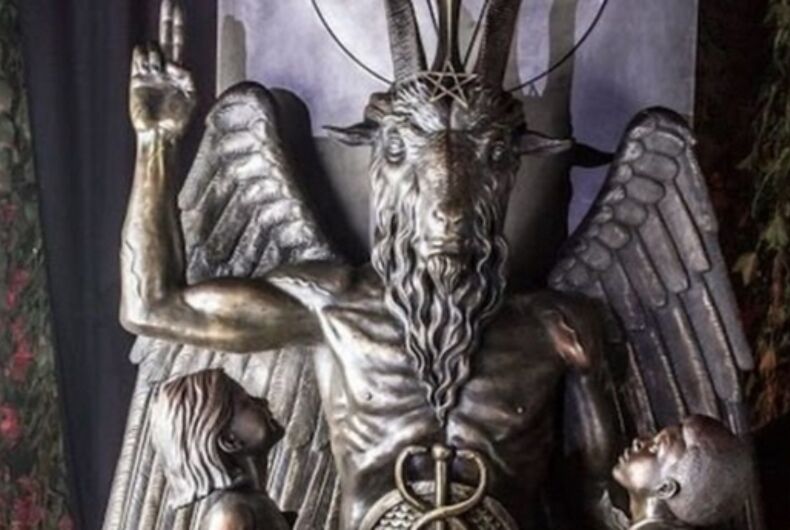 The Satanic Temple wants bigots who hide behind their religion to discriminate against the LGBTQ community to get their comeuppance, and it has an ingenuous plan to make that happen.

If a baker refuses to make you a cake for your same-sex wedding, The Satanic Temple wants to host a party in your honor. Better yet, it will order a cake glorifying Satan from that very baker for the shindig.

The announcement comes as the United States Supreme Court is about to consider a challenge to a lower court ruling that found Jack Phillips, of Masterpiece Cakeshop, was guilty of discrimination when he refused to make a cake for a same-sex wedding while citing religious objections.

“Because religion is a protected class, a baker may refuse service to LGBTQ people, but they may not refuse service based upon someone’s religion. If they aren’t willing to make a cake for same-sex unions, let’s have them make a cake to honor Satan instead,” he added.

Did you know: bakers can't refuse service to The Satanic Temple because religion is a "protected class"? #SatanCakes pic.twitter.com/9VrVndkbSi

He said that anyone who feels “alienated or oppressed by the privileged status that religion holds over sexual orientation,” should also request a Satanic cake from their local bakery.

We must admit, this idea has us feeling like:

How you can help LGBTQ hurricane victims in Puerto Rico