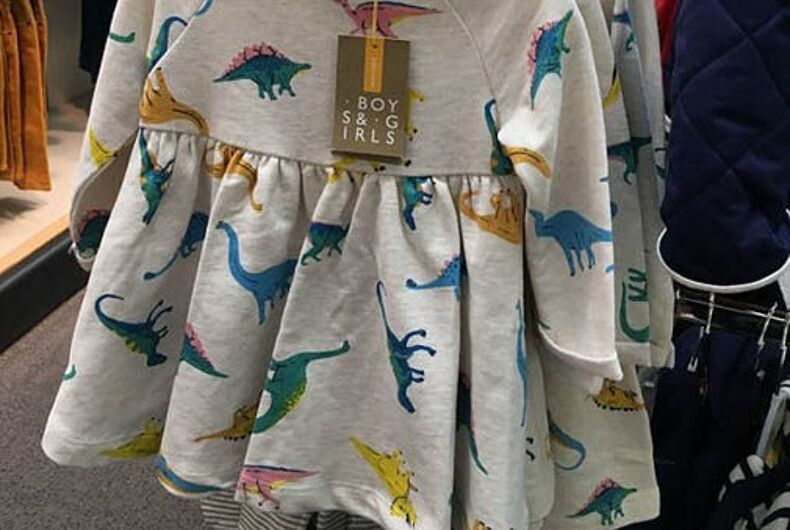 John Lewis, a chain of department stores in the UK, announced that it will be doing less to police the gender of its customers.

The store will no longer have separate sections for boys’ and girls’ clothes. The clothes themselves will be labeled “Boys & Girls” or “Girls & Boys.”

While the same clothes as before will be available, parents and kids will just have to choose what they like instead of having a store tell them what gender is supposed to be wearing what garment.

The store is also planning a gender-neutral clothing line with items like dinosaur-print dresses.

A spokesperson for John Lewis said, “We do not want to reinforce gender stereotypes within our John Lewis collections and instead want to provide greater choice and variety to our customers, so that the parent or child can choose what they would like to wear.”

The response has generally been positive, but conservatives found reason to complain. “Boys and girls labels and signs are informative,” said Tory Andrew Bridgen. “I think removing them could be very confusing for the consumer.”

Which raises the question: if the gender a piece of clothing was intended for is so subtle that someone can’t tell by looking at it, then maybe it doesn’t matter?

More importantly, if gender expression is so fragile that customers will be confused about what to wear if a store doesn’t tell them, then maybe it’s not as immutable and monolithic as the right believes?