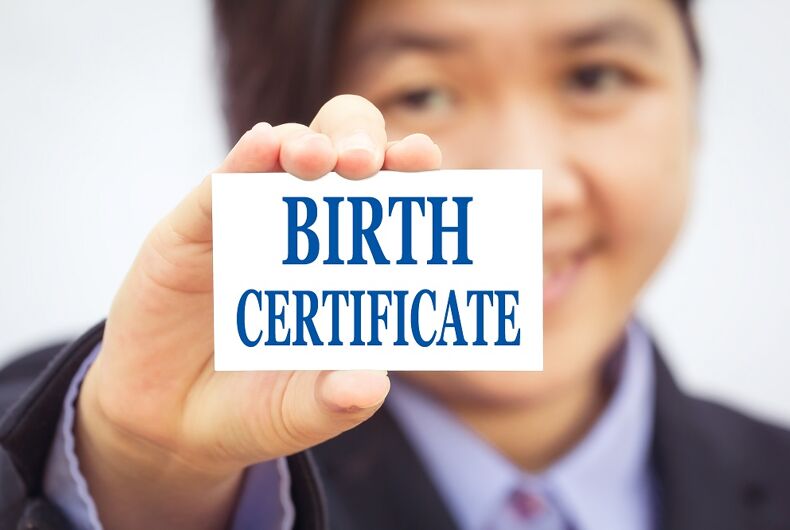 An appeals court overturned a ruling that required a transgender man to publish a notice in a local newspaper three times in order to update his birth certificate.

In Indiana, name changes usually require public notice, with an exception granted to people who would be endangered by telling everyone that they are changing their names. A 2014 ruling on transgender people updating birth certificates created a different process that only required “good faith.”

More recently, though, a Tippecanoe County judge told a transgender man that he would have to go through that process in order to update his paperwork. The transgender man, who is not identified in media reports, appealed the decision and the Indiana Court of Appeals agreed with him.

The appeals court did not completely overturn the public notification requirement. Instead, it ruled that transgender people who have witnessed or experienced discrimination or violence due to transphobia don’t have to publish a notification about their documents.

the man in this case said he witnessed a transgender woman get beaten and that he was once denied an internship due to his Social Security record not matching his gender identity.

“Publication of his birth name and new name would enable members of the general public to seek him out, placing him at a significant risk of harm,” the court said. “And in today’s day and age, information that is published in a newspaper is likely to be published on the Internet, where it will remain in perpetuity, leaving (him) at risk for the rest of his life.”