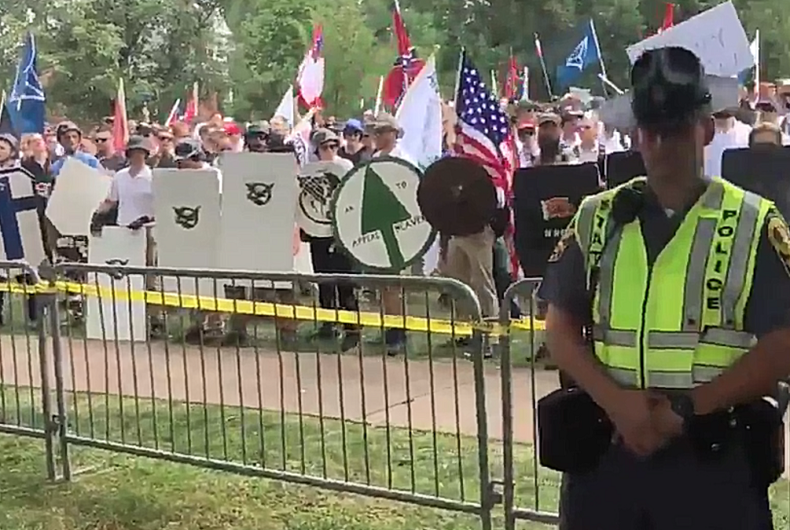 The rally attracted the Ku Klux Klan, neo-Nazis, and other fringe rightwing organizations. While they focused on hatred of racial and religious minorities, they also found some time to hate LGBTQ people.

You heard that right. They're chanting "Fuck you faggots." 2017. #Charlottesville pic.twitter.com/pMwbSXZ3wW

Unite the Right organized the rally to protest the removal of a statute of Robert E. Lee from a city park. Lee led an armed rebellion against the United States government in the mid-19th century in order to protect the institution of slavery. Ironically, many of the protestors waved the American flag while they asked the city to honor someone who is best known for his fight against the United States.

Other chants included “White lives matter,” “Jew will not replace us” (a reference to the statue being removed), and “Blood and soil,” a Nazi slogan describing the bond between Aryan people and German land.

Car driven through counter-protestors in Virginia