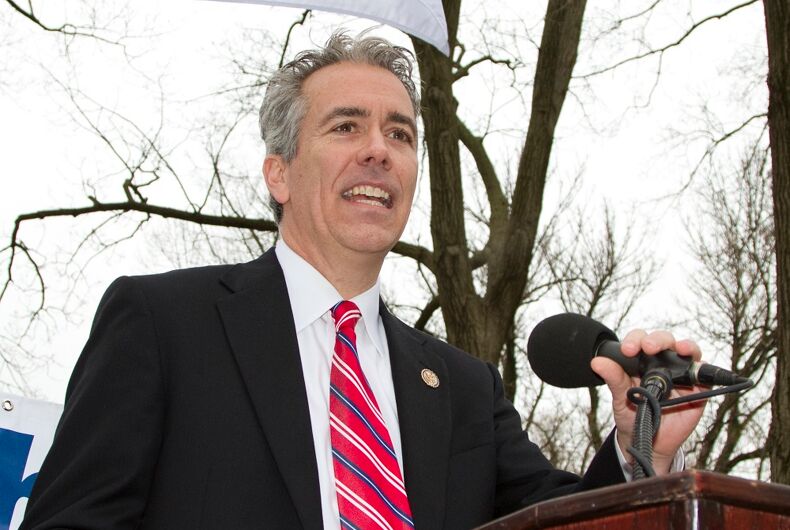 Former representative Joe Walsh (R-IL) tweeted on Tuesday that a baseball umpire would have faced a stiffer penalty for insulting a player if the umpire had used the word “faggot.”

Imagine if he had called him the biggest faggot in the league.https://t.co/61OtbQr0RX

Earlier this week, Major League Baseball (MLB) umpire Joe West was suspended for three days without pay for calling a baseball player “the biggest complainer” in the league.

Walsh told the Chicago Tribune that he was comparing the West incident to Oakland A’s outfielder Matt Joyce getting a two-day suspension without pay for calling a fan a “faggot.”

“If an umpire said [faggot] they’d be suspended for a lot longer,” Walsh said.

The Tribune said Walsh went on to use a lot of other slurs, including the n-word, to describe words that he should be “free to use” but that, he assured the paper, he would never want to.

Also, since he just used those words, then shouldn’t he understand that he is already free to use them? He’s just not free from the consequences of his actions.

In summary, he’s concerned about his freedom to do something that A) he doesn’t actually want to do and B) he is currently free to do. While that strains credulity for normal people, the Tribune still referred to him as a “fierce advocate for free speech.”

The MLB is a private organization looking out for its own financial interests, and players are part of the MLB’s public face. It’s understandable that the MLB wouldn’t want baseball players to use hateful language in public, especially when they’re on the clock.

But like many who complain about “political correctness,” Walsh just wants to use slurs without people getting mad at him. And I hope he never gets his wish.

Walsh was suspended from his radio show in 2014 for a similar tirade where he used slurs that he really, really wants to be able to say but that he promises he doesn’t want actually use. These words are powerful and he’s obsessed with them.

Weekly Debrief: Rentboy.com is a ‘threat’ to cyberspace

White supremacists chant ‘F*** you, f****ts’ at rally in Virginia